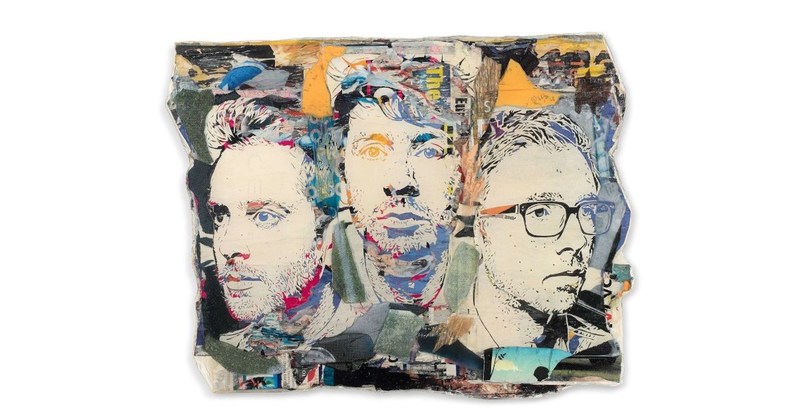 a number of well-known artists are getting into NFTs, including Damien Hirst, Takashi Murakami, and Vhils.

thierry Ehrmann, CEO and Founder of Artmarket.com and its Artprice department: “The temptation is strong for artists to test the new NFT market, driven by dizzying growth and offering all kinds of openings, in fashion, music, video games, etc. However, this universe is governed by its own codes: to succeed, you have to be able to build a real digital project, and you have to federate a community of collectors, write smart contracts, and master the whole “drop” process, etc“.

Many of these logistical tasks would normally be handled by a gallery, but so far they have been handled by the artists themselves and their teams, with varying degrees of success.

Follower of collaborations with major brands, the Japanese artist Takashi Murakami has been working for a few months with the RTFKT studio, recently acquired by Nike: “I felt that I could learn a lot about the metaverse from these young“. At the end of March 2021, Murakami had posted 108 flowers on the OpenSea platform, but took them down a few days later. With his new collaboration with RTFKT and having been able to rework his works as well as his smart contracts, he is in the process of making a new drop of his Murakami.Flowers.

Urs Fischer also released a collection of NFTs in the spring of 2021. Interviewed by the Wall Street Journal, his gallery owner Larry Gagosian said he wanted to take the time to explore the issues with NFT technology before moving forward. Meanwhile, Damien Hirt also launched a collection of NFTs, called the Change. On the tracks of Andy Warhol (whose eponymous Foundation sold five of its digital creations via Christie’s in the form of NFTs in May 2021), Damien Hirt has created 10,000 works on the border between unique creations and interchangeable investments, thus questioning the non-fungible aspect of NFTs: “when art changes and becomes currency, and when currency becomes art“.

Street artists already ahead of the game…

Accustomed to working with, but also without the help of their galleries, street artists are a little better equipped to navigate the NFT jungle. Most of them adopted pseudonyms and started working in the shadows, often at night, when their works were only discovered at dawn, before going around the world on social networks. . This modus operandi has a lot in common with NFT drops.

Portuguese artist Vils, famous for his mural works – made by removing material with chisels or explosives – has clearly demonstrated his mastery of digital codes. Very active on Twitter, Discord and Instagram, he already has around ten collections on the Nifty Gateway platform. His ephemeral creations are thus offered another way of existing in the digital space. It is now possible to acquire videos of its explosions and the resulting “detritus”.

Echoing his artistic practices, Vhils also uses one of the options associated with NFTs, called “burning”, to erase NFTs from their Blockchain contracts. “Thanks to burning, NFT holders of my previous drops can exchange them for new and rarer ones. This process allows supporters of my work to influence which pieces live and which perish..

Two other street artists from the Danysz gallery, Failure and Futura 2000also created tokens on the Nifty Gateway platform, as did Shepard Fairey, D*Face, Mr Doodle and even Kenny Scharf.

Daniel Arsham was quick to appreciate the possibilities of expanding its universe into the Metaverse via a collaboration with studio SixN.Five. In May 2021they jointly launched an Open Edition titled Eroded and reformed bust of Rome (One year): 671 NFTs were minted for an introductory price of $1,500while the lowest price for any of them is currently $4,900. Represented by the Perrotin Gallery, Daniel Arsham has already produced six other series of NFT in more or less rare editions, from the unique work entitled Venus of Arles eroding and reforming (72.6 years) to an edition of 200 copies, called Eroding and reforming 356.

Among the proposals of contemporary artists making the best use of the codes of the NFT market, one of the most remarkable is that of the rocket factory. Artist Tom Sachs, represented by Thaddaeus Ropac Gallery, has invented 1,000 rockets consisting of three parts (nose, body, and tail) that can be purchased separately and recombined to create a complete rocket. This can then “take off”: the three parts are erased and replaced by a new rocket, while a “real” copy is made by Tom Sachs and sent into the air: “The Completed Rocket NFT, its twin Physical Rocket (if recovered) and the video documenting the launch form a Holy Trinity.”

Despite collection security issues in e-wallets and the origin of NFTs on platforms (starting with OpenSea), a growing number of contemporary artists see NFT technology as a tremendous opportunity to bring entire chapters of their work that might not be traded before, and to invent new creations in the Metaverse.

Artmarket.com is listed on the Eurolist of Euronext Paris, SRD long only and Euroclear: 7478 – Bloomberg: PRC – Reuters: ARTF.

Discover Artmarket and its Artprice department on video: www.artprice.com/video

See the certified biography in Who’s who ©:Biography_thierry_Ehrmann_2022_WhosWhoInFrance.pdf

Artmarket is a global player in the Art Market with, among other structures, its Artprice department, world leader in the accumulation, management and exploitation of historical and current information on the art market in banks of data containing more than 30 million indexes and auction results, covering more than 770,000 artists.

Artprice by Artmarket, world leader in art market information, has set itself the ambition through its Global Standardized Marketplace to be the world’s leading Fine Art NFT platform.

Artprice Images® provides unlimited access to the largest Art Market image bank in the world: no less than 180 million digital images of photographs or engraved reproductions of works of art from 1700 to the present day , commented on by our art historians.

Artmarket with its Artprice department permanently accumulates data from 6300 Auction Houses and produces key Art Market information for the main press agencies and media (7200 publications). Its 5.4 million users (‘members log in’+social networks) have access to ads posted by other members, a network which today represents the first Global Standardized Marketplace® for buying and selling works of art at a fixed or knocked-down price (auctions regulated by paragraphs 2 and 3 of article L 321.3 of the France Trade code).

Artmarket with its Artprice department, obtained the State label “Innovative Company” by the Public Investment Bank (BPI) (for the second time in November 2018 for a new period of 3 years) which accompanies the company in its project of consolidating its position as a world player on the art market.

Artprice 2020/21 report on the contemporary art market by Artmarket.com:https://www.artprice.com/artprice-reports/the-contemporary-art-market-report-2021

Index of press releases published by Artmarket with its Artprice department:server.server.com/Press_Release/pressreleaseFR.htm