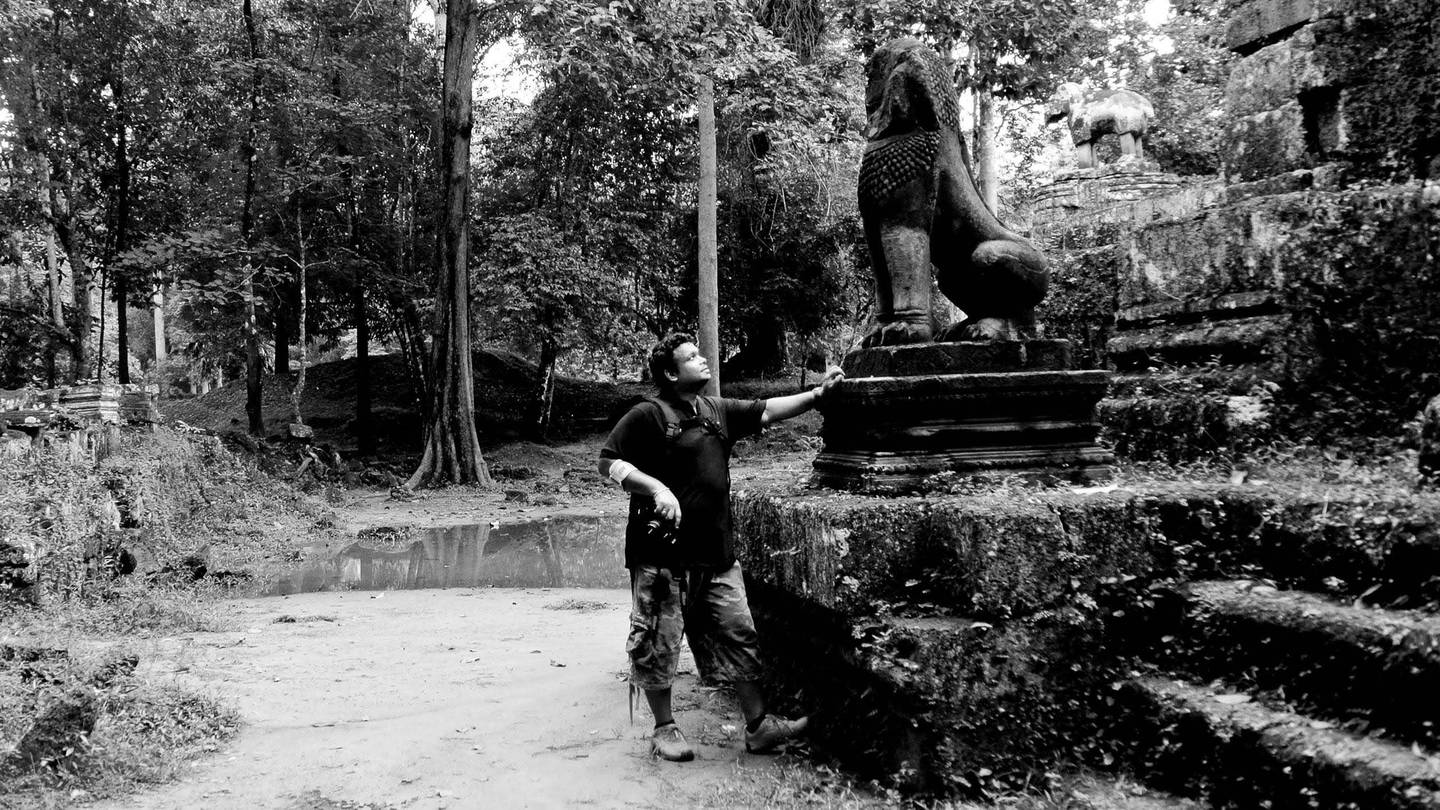 Last month, Australia repatriated 29 artifacts dating from the 9th or 10th century that were stolen from India.

Religious and cultural artifacts included Chola era bronzes, Jain sculptures, photographs and paintings. More intriguingly, a 500-year-old bronze idol of Lord Hanuman, the monkey god, stolen from a Tamil Nadu temple built in the 14th century has been found in the possession of a private buyer in Australia after being auctioned off at Christie’s. .

Few people know that behind these repatriations lie the efforts of a citizens’ initiative called the India Pride Project, a global network of volunteers and enthusiasts who work together to recover art and artefacts stolen from India.

The project was formed in 2014 by Vijay Kumar and Anuraag Saxena, both chartered accountants living in Singapore. This group of amateur sleuths uses social media to help track down stolen pieces and is part of a growing global movement urging museums, art collectors and world leaders to repatriate looted items to the countries that own them.

India is one of the oldest civilizations in the world and has great cultural and artistic treasures in its museums, places of worship and monuments. But countless artifacts, idols and paintings have been stolen in recent decades, ending up in private collections, museums and art galleries abroad.

“In the past, our heritage laws were weak and India was lax in tracking down stolen art and statues,” Kumar said. “The punishment should act as a deterrent – ​​there is a maximum sentence of three years imprisonment and a fine of just Rs 2,000 ($26) for stealing from a temple. There is also a perception that India does not care enough to bring back its treasures.

“It is very sad that our sacred temple objects, which are treated as ‘living gods’, have become curiosities to decorate Western galleries, homes and gardens, because of unscrupulous merchants and toothless laws.”

Kumar has always been interested in history and heritage, and started a blog called poetry in stone in 2007 on heritage sites and Indian art. With a group of like-minded friends, he did a lot of work to locate or informally look at the trail of lost or smuggled Indian art and artifacts, but they were not taken seriously. . It was then that he realized the global art and antiques trade had a seedy underbelly, and he began his mission to “bring the gods home.”

From 2010, his mission to locate Indian treasures smuggled overseas and repatriate them to India gained visibility and popularity with governments and law enforcement agencies.

Now, the work of the India Pride Project involves a lot of research, documentation, dealing with law enforcement, and tracking down traces of missing art and artifacts. Due to the criminal connection between thieves, smugglers and sellers of stolen artwork, and security concerns, most volunteers are anonymous and documentation is only accessible to a select few.

India was one of more than 100 countries to ratify a 1970 United Nations convention that prohibits the trafficking of cultural heritage and requires the return of items that have been proven stolen. Under the Antiquities and Art Treasures Act 1972, the Archaeological Survey of India was charged with preventing the theft and illegal export of antiquities. The movement of antiquities out of the country since 1972 is considered an illegal export, unless by the government and its authorized agencies.

So how do these dabbling detectives locate stolen items?

“We have full documentation of all Indian artifacts and artworks accumulated by volunteers, going through art catalogs and museum collections around the world,” Kumar said. “We also act on whistleblowers, art dealers and even bureaucrats around the world.”

Members of Facebook groups often post photos of Indian artifacts from overseas museum collections. The team also tracks, through its network of volunteers, what goes through art auctions or is sold to galleries or auction houses abroad.

Kumar looks for distinctive marks on the artifacts such as nicks, chips or metal imperfections, and compares them with his database.

We have also recovered Jain, Buddhist and Islamic treasures

The group has worked closely with law enforcement in India and abroad, including Interpol and Homeland Security in the United States.

Raids on locations in New York unearthed art smuggler Subhash Kapoor, who had been the go-to man for art galleries wanting artifacts from India and Southeast Asia. East. Between 2011 and 2020, more than 2,500 items handled by Kapoor have been recovered, worth $143 million. Kapoor was convicted in 2019 of running an international art smuggling racket. Kumar and his team assisted US law enforcement in the investigation that led to Kapoor’s arrest, and Kumar has since published a book titled The idol thief on these daring flights.

“We don’t just focus on Hindu temple objects. Our interest is to bring back the cultural and religious treasures of India, regardless of religious affiliations. We have also recovered Jain, Buddhist and Islamic treasures.”

According to a 2013 report by the Comptroller and Auditor General of India, India only managed to bring back 19 antiquities between 1972 and 2000 and nothing between 2000 and 2012. These are the latest figures available, according to Kumar, but the India Pride project alone has helped facilitate or initiate the return of 300 stolen treasures to date.

“A 12th century bronze Buddha statue stolen from a museum in Nalanda in Bihar almost 60 years ago had everyone baffled. The bronze statue was one of 14 statues stolen in 1961 from the Archaeological Survey of India site museum in Nalanda and surfaced at an auction in London and was returned in 2018 to India,” a said Kumar. Sanjeev Sanyal, the Indian government’s top economic adviser and close friend of Kumar, brought the stolen idol to Kumar’s attention and he traced it to an art auction in London.

“Another valuable restitution was when Britain returned three exquisite 15th century Vijayanagar-era bronze idols of Lord Ram, Lakshman and Sita, which were stolen from a temple in Anandamangalam, Tamil Nadu in 1978. We came across the Ram statue while traversing the British Antique Dealers Association website.

Repatriated objects are generally returned to the place of worship from which they were stolen. Others are on display at the Gallery of Recovered and Confiscated Antiquities at the Purana Qila in New Delhi.

“The main reason why art and idols are stolen and traded is that they are used in money laundering and an easy way to transfer money to another country. There are also tax exemptions on private donations to overseas museums,” Kumar said.

“In my estimation, India has lost 10,000 valuable artifacts every decade. Thanks to our efforts, today most art galleries and museums around the world are hesitant to purchase Indian art treasures unless ownership is clearly established.

The India Pride project is the perfect example of what civil activism can achieve in this area.

Dr Emiline Smith, Lecturer in Criminology at the University of Glasgow

Kumar believes that Indian museums should now start sharing their vast collections for specified periods with other museums and then the artifacts can be returned safely once the exhibition is over.

“Civil activism is key to redefining the conversation around contested cultural objects,” says Dr Emiline Smith, senior lecturer in criminology at the University of Glasgow. “The India Pride project is the perfect example of what civil activism can achieve in this area: they have been extremely successful in identifying stolen and looted cultural objects from foreign private and public collections, and returning them to their rightful owners, namely communities all over the world. India.

Comply with the UK financial sanctions regime for Russia