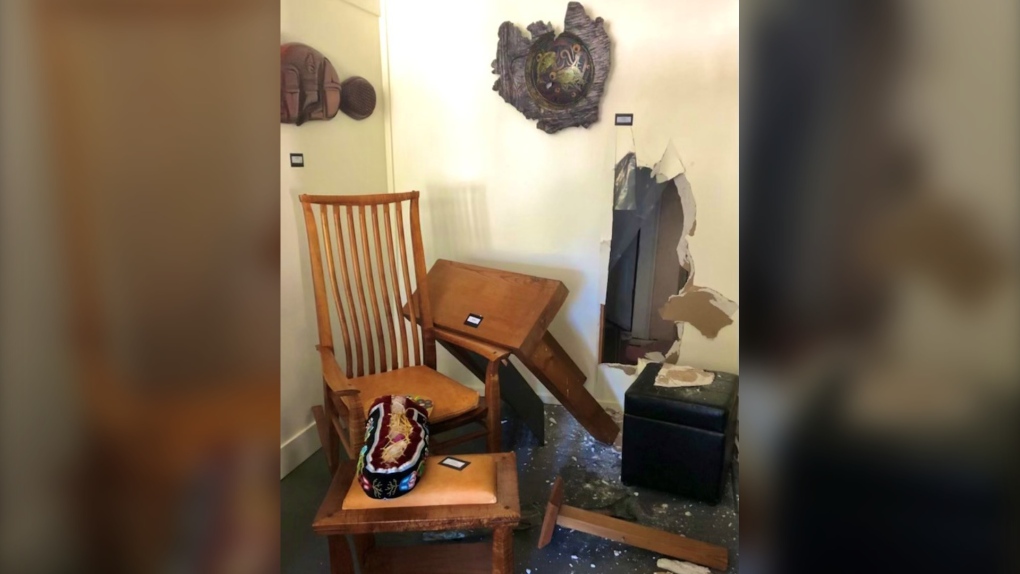 The owner of Coastal Carvings Fine Art Gallery in Coombs, British Columbia, believes a recent burglary and robbery at the business was targeted.

The theft happened on the night of March 4, the evening after owner Jeremy Humpherville said several men were going through the items which were later stolen.

“In 24 seconds, my gallery suffered $20,000 in direct theft and damage,” Humpherville said Thursday.

Two of the three stolen items are shown. (Oceanside RCMP)

The owner says he met customers on Friday who were interested in the exact same pieces that were stolen, and that they repeatedly mentioned the artwork, but said they couldn’t afford it. ‘era.

That night, the gallery was broken into, with the thieves breaking through a wall of the building to get inside.

A man grabbed two of the pieces that were stolen without looking at anything else, Humpherville said, based on surveillance video from inside the gallery.

“The second suspect went straight to the other piece of art, read the tag with his flashlight, and grabbed it,” he said.

The owner said the men were inside the store for less than 30 seconds, according to surveillance video. (Coastal Sculpture Art Gallery)

“They were so determined and on a mission that they turned away and ran through the gallery wall,” he said.

Humpherville says he’s not the only victim of the crime. Ten artists who worked in his gallery were also affected, he said.

“Being an artist isn’t necessarily the easiest way to make a living and I feel for everyone in my gallery who has suffered this loss,” he said.

“It was a targeted hit,” added Humpherville. “According to the video, they went straight to those rooms and left right after.”

Anyone with information about the break-in or the location of the artwork is asked to contact Oceanside RCMP at 250-947-6537.