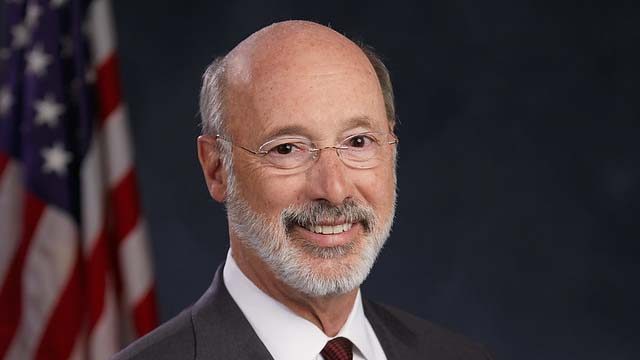 Pennsylvania Gov. Tom Wolf proposed a 5% increase in funding for state-related universities, including Temple University, during his final budget speech on Tuesday. Pending approval by the state legislature by July 1, the increase will be the first since the 2018-19 fiscal year.

If the state legislature approves Wolf’s budget proposal, Temple will receive $7.9 million to use to reduce tuition in the state, said Ken Kaiser, senior vice president of finance and operations. and chief operating officer. That’s $3.3 million more than Temple requested from the state budget office in September.

State funding represents just 14% of Temple’s budget this year, while 79% comes from tuition and fees.

Even if Wolf’s increase is approved, Temple cannot freeze or reduce tuition for in-state students next year. Most of Temple’s budget is determined by tuition and enrollment, so for Temple to freeze tuition next academic year, enrollment would also have to increase, Kaiser said.

Temple expected enrollment to decline by approximately 1,400 students in the 2021-22 academic year, which is one of the reasons Temple’s Board of Trustees approved an increase of 2 .5% of the base tuition rate for all students in July 2021 – the first increase since the 2018-19 academic year.

Wolf’s proposed increase is part of an additional $125 million he has allocated for higher education spending, according to a declaration from the Pennsylvania Budget and Policy Center.

Education has been a priority for Wolf during his governorship and was one of his main points of discussion during his speech on the budget.

“If you’re a Pennsylvanian worried about how you’ll support your family, or you’re not sure how you’ll pay for your child’s college education, or you’re struggling to keep up with rising costs of everything from groceries to health care, you don’t want to hear about how far we’ve come over the past seven years,” Wolf said during his remarks on Tuesday. “You want to know what we’re going to do next. “

Temple President Jason Wingard and a team, which typically consists of the university’s communications, government relations and finance departments, will travel to Harrisburg on March 3 and 8 to attend budget hearings in the House of Commons. Representatives and the State Senate.

From there, state officials and state senators will debate Wolf’s proposal, and officials from Temple’s government relations department will continue to lobby policymakers.

“Every day we stand up for this investment,” Kenney said. “We talk to lawmakers every day, we’re in Harrisburg, budget meetings start Tuesday, so we’ll be in Harrisburg advocating for support.”

Last month, Wingard met with Wolf in Harrisburg to discuss state appropriations, higher education in the United States, job availability in Pennsylvania and Temple’s contributions to the workforce.

“Right now they’re financially strong, so they’re not going to be looking for a lot of cuts everywhere,” Kaiser said. “And then second, it’s an election year for a lot of people, and so it’s hard to get votes when you’ve voted to keep a school flat or cut its budget, because ultimately your opposition l ‘will use against you.”

Even though public funding for Temple has remained stagnant for years, Kaiser is happy with Wolf’s allocations because he has never diminished the Commonwealth’s ownership of Temple, he wrote in an email to The Temple. News.

“I think he wanted to increase funding for higher education more than he could, but I recognize and understand the challenges he faced in his eight years, but at Temple we are grateful for everything he did for all the issues related to the state. universities,” Kaiser said.