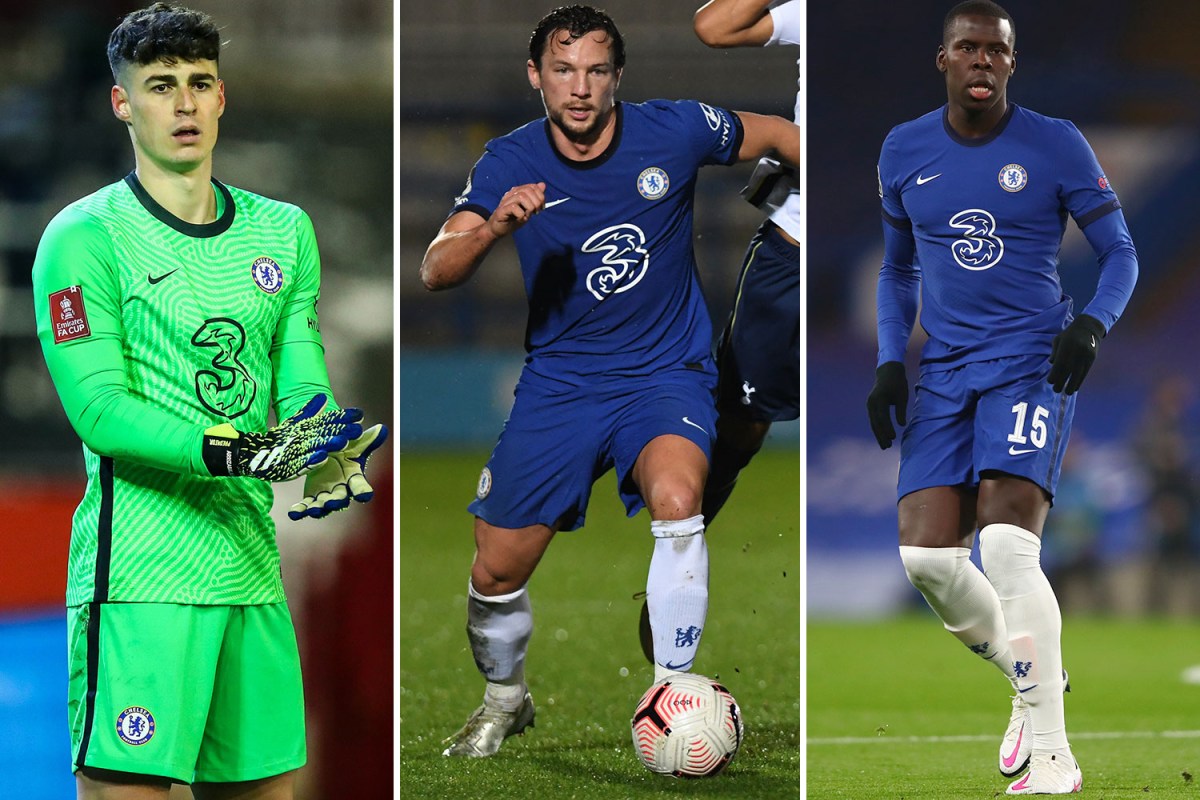 How Chelsea can save £ 862,000 a week by flogging 10 players this summer, including Kepa, Zouma, Barkley and Loftus-Cheek

CHELSEA could save £ 862,000 PER WEEK by getting rid of ten outcasts this summer.

Kepa Arrizabalaga and Kurt Zouma are two high profile stars whose departures could free up some money.

While several players currently on loan could also make room on the payroll.

Disgraced, Kepa earns £ 150,000 a week and is still No 2 behind Edouard Mendy even after Thomas Tuchel replaced Frank Lampard.

The Spaniard is set to leave this summer while Zouma was also ruled out by Tuchel despite being one of the first names on the squad sheet under Lampard.

Zouma only earns £ 40,000 per week, but if his defensive exile mate Emerson were to leave as well, an additional £ 75,000 per week would be released.

The Blues are renowned for their approach to player hoarding and loaning them out.

As of October, they had 25 players on loan with a combined transfer value of £ 121million.

While the majority of those deals include the loaned club paying a percentage of players’ salaries, the Blues are still responsible if they return to Stamford Bridge.

And it is from this army of loans that the other seven should be cut in order to realize the impressive saving of £ 862,000 per week.

Victor Moses’ Blues contract is worth £ 75,000 a week and is on loan to Spartak Moscow.

Ross Barkley (£ 96,000) and Danny Drinkwater (£ 100,000) are at Aston Villa and Kasimpasa respectively, the latter certainly not in Thomas Tuchel’s plans.

Bakayoko is with Napoli while Batshuayi struggles to get into the Crystal Palace squad.

Zappacosta is with the Italian team in Genoa and Loftus-Cheek is with Fulham, Chelsea’s rivals in West London.

With the exception of Barkley and Loftus-Cheek, the rest of these lenders have virtually no chance of playing for Chelsea again.

But it remains to be seen if Zouma and Kepa can find their way into Tuchel’s squad.

?? Read our Live football blog for the latest news from the domain