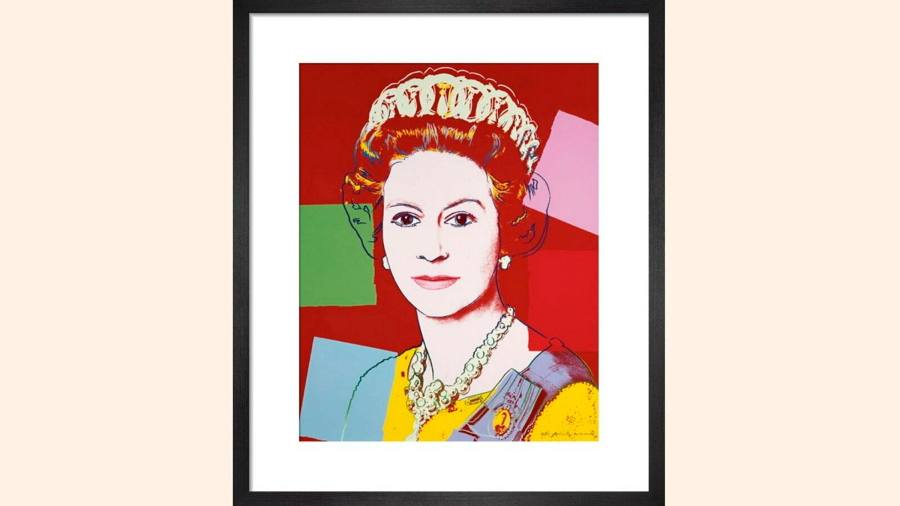 How to Own a Fractional Warhol

As an adventurer, I’ve toyed with the idea of ​​investing in what some call “emotional” assets for many years. This huge, very personal investment space covers everything from stamps and vintage cars to more mainstream assets such as art and fine wine.

In recent years, financiers have sought to democratize access to these original markets. The Internet has been instrumental in opening them up, with operators such as BullionVault in physical gold and Cult wines in fine wine allowing retail investors to invest in a portfolio of these assets.

A more recent development has been fractional ownership. An investment platform, using the internet, essentially sets up a special purpose vehicle (SPV) or company to hold a specific asset, such as a work of art or a car. This is then split into shares of this SPV, which can be marketed to investors.

A good UK-based example is the Stanley Gibbons-backed platform Showpiece (I’m a non-executive director of Stanley Gibbons’ largest investor) which is currently selling fractional shares in the ownership of a copy of ” Reigning Queens” by Andy Warhol, created in 1985. Another is the CarCrowd Platform which sells stock in rare cars – its latest offering is a collectible 1962 Jaguar E Type.

However, arguably the most ambitious co-ownership platform can be found in the contemporary art market, via the American company masterpieces. Although aimed at US investors, it is nevertheless available to those in the UK who can meet the minimum investment of $10,000.

Masterworks selects an artist and artwork, choosing what it thinks has the most “momentum”, then buys and secures it before selling portions on its platform.

It warns investors that they can wait between 3 and 10 years before selling an artwork afterwards and that they can take their profits – unless they find a willing buyer for their stake before on its secondary market. It levies an annual charge of 1.5 percent on their holdings (taken as equity) and takes 20 percent of the upside on any eventual sale.

I’ve been looking at the offerings on this platform for the past two years and if you’re looking for modern art, this is the platform to look at. Let’s take a few examples. The most recent partial investment I’ve seen is for a piece by Yayoi Kusama. Masterworks estimates that similar types of art have seen their prices increase by 19.5% per year.

Another is Banksy’s “Exit through the Gift Shop” (2009) which was worth $7.4 million via a Masterworks campaign with an annual appreciation of similar works of 19.9% ​​per year. For alumni, there’s also a Picasso — “Man with a Pipe” — worth $17 million.

You might be wondering where these price appreciation numbers come from. In my opinion, Masterworks’ selling point is not really its fractional ownership platform, where each new board is an SPV with its own IPO under US securities law. This gives investors some bankruptcy protection, but what is far more relevant is that Masterworks has built a database of over 350,000 auction transactions with around 5 million data points. Building such a database makes sense in a very large market, with global sales of $65.1 billion in 2021, according to an annual report from Art Basel and UBS.

So how does art compare to the returns of other asset classes over different financial periods? From 1973 to 1981, art outpaced inflation, stocks and gold. After the 2008 global financial crisis, that changed: it tended to behave less like gold and more like stocks.

But there’s a catch – every artist and every key work is different. If we focus only on contemporary art since 1995, Masterworks estimates that there has been an annual price appreciation of 13.85%. This compares to 9.2% for all art and 7.4% for Impressionist and Modern art. Banksys is therefore in the game, but Monets and the old masters regularly bring in 2 to 3% per year. During the same period, the S&P gave a total annual return of 10.2%.

The Masterworks team also compared returns to risk, using what’s called a Sharpe ratio. Contemporary art has kept pace with US stocks and real estate, with only private equity outperforming. But the ratios vary enormously from one artist to another. Yoshitomo Nara, for example, has a ratio of 1.85, Joan Mitchell is at 1.23 but Damien Hirst is at -0.15, implying that the returns of holding his job aren’t worth the risk.

There are obvious questions. David Kempton, a friend, fellow investor and columnist for Citywire has been very active in the modern art space – and is cynical. “Contemporary art is the biggest bet. If you are right [its value] is rising massively – but if you’re wrong, you’ve got an unsellable investment. He adds that auction houses charge a buyer’s premium that varies depending on the value of the work, but can exceed 20%, which significantly dampens returns.

If tax regimes become more unfriendly to the wealthy, it could cripple the art market – just as falling stock markets could harm personal wealth.

Masterworks largely avoids this last problem by purchasing many off-market works. It has been involved in over 120 paintings (involving over 30 artists) and has invested over $500 million in acquisitions since its inception and expects to acquire around $1 billion worth of art in 2022. But its Growing power in the art market makes me a little concerned about how scale and strategic players in relatively illiquid markets can become problematic.

This may already point to some portfolio success, having bought Banksy’s Mona Lisa at an offering price of $1.04 million in October 2019 and then selling it for $1.50 million a year later. He bought George Condo’s “Staring into Space” in July 2020 for $1.76 million and sold in November 2021 for $2.90 million, a 31% gain. But the small handful of closed deals does not represent a huge sample size.

I would also highlight one final risk, which was raised in a podcast I recorded with the platform’s eloquent Managing Director, Scott Lynn. Worried as I always am by charts that show gains going in one direction, I asked Lynn what he thought was a big risk. He said if tax regimes become more hostile to the wealthy, it could cripple the art market – just as falling stock markets could harm personal wealth.

I think that’s a legitimate concern and that’s why I’ve held my hand so far. I fear that wealthy collectors – Masterworks’ main competitors – had too much money (and perhaps not enough common sense) and offered art prices that were too high. If we are to have a recession, then the price environment in the art market could undergo a big change.