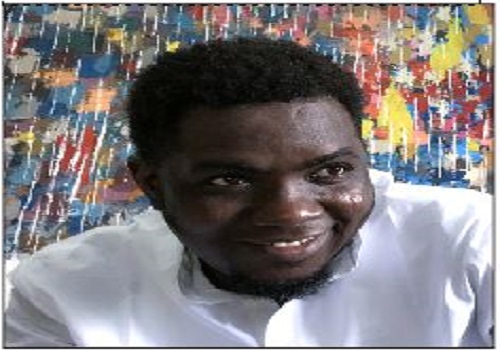 BLESSING Overflow, Full of Smiles and Swimming in Joy are among the fifteen paintings that Suraj Adekola is currently exhibiting at Alexis Galleries in Lagos.

In this first solo outing, Adekola presented reflections on his ‘belief in a better days ahead of mankind’ as the Covid pandemic made everyone face the harsh reality and a new normal that came with it. .

“Lately the world has been hit by the pandemic, but unity and hope are among the most essential elements to escape social unrest and live better. Interestingly, unity and hope have been the foundation of my artistic practice for thirteen years since I graduated, ”said the artist who studied art and design at Auchi Polytechnic. , in Edo State.

Three paintings entitled Rain of Blessings, Full of Life and Full of Joy, which Adekola created this year, are examples of this; reflections of his belief. The invented cartoon characters, who have bulging eyes and a broad smile, make them smile. When you get close to the paintings, you will notice that they were formed with houses.

People and Pandemic, an impasto painting; inspired by the Covid pandemic, is dominated by warm and subtle background colors of brown, gray, blue and white. The way Adekola depicted the female subject wearing a blue mask and large round earrings is interesting to see. The subject has a thin neck, while his small nose is almost imperceptible. Her big, round, white eyeballs compact with her face because they’re unrealistic.

“As you can see, I mostly like exploring textures, with some paint areas created with painting knives, which is my best painting tool. This practice has stayed with me for over a decade because I am delighted to have a feel of rough and uneven textures in my paintings, and I hope you will share similar feelings as well.

As an artist, he is interested in the multiple factors that give art its relevance. “I believe that art derives its relevance not only from its aesthetic qualities, but also from the derived values ​​from which it derives its origin, such as social, cultural, historical and psychological factors which become more and more important in my works. recent.

Some of the works have little detail available, and some are subjective. His work and style gradually widened the boundaries of basic representation as he sought to express his thoughts in a more abstract way.

“During a brainstorming on the theme of the exhibition, the curator, Patty Chidiac-Mastrogiannis, told me that: Suraj – this exhibition will be called Infinite Growth. To me, this reflects his unwavering and unlimited belief in my artistic growth. This exhibition also aims to present my recent works, which reflect the evolution of my works since I started practicing. These paintings on display are an indication of my innate desire to have a positive impact on the world through my art because that is why we are here. That’s why we’re important – to have a positive impact on the world, ”explained the full-time studio artist.

“Suraj has established himself as one of the main African artists of international renown. He is an excellent artist who uses his works as a necessary tool to engage and transmit his message of hope and positivity across the world despite the constant ills that surface in society, ”said curator, Chidiac-Mastrogiannis .

For her, Adekola “believes in the multiple factors that give art its relevance. He is a prolific painter who constantly develops his style and his value. Therefore, we are happy to show his new works.

She revealed that ten percent of the proceeds will be donated to the Little Sisters of the Poor, located in Enugu, Nigeria. A house that accommodates more than 65 elderly people, who have no one to turn to.

The exhibition remains open until June 5. The virtual tour is opened via the social media handles of the gallery. Pepsi, Tiger, Indomie, Mikano, UPS, Haier Thermocool, Cobranet, Delta Airlines, Aina Blankson, Lost in Lagos, Arzeh Integrated Ltd and AMG Logistics; are the sponsors of the exhibition.

Adekola (born 1983) is one of the leading Afro-Nigerian artists of international renown. In 2015, his works began to be sold at the international auction of Bonhams African Art Auction, in London, where five of his paintings were sold among his six paintings up for auction. In 2017, he was among the top fifty Nigerian artists by turnover at African Art Auctions. Also, in 2017 and 2018, his paintings were auctioned and sold at Piasa African contemporary art auction in Paris. Additionally, between 2018 and 2019, his paintings were featured and sold at Geneva Encheres Auction, Switzerland, and other art auctions in Portugal and Nigeria.

The Burnaby Art Gallery exhibit features artists from the school

Organizers are ready for the North Salem Arts Festival