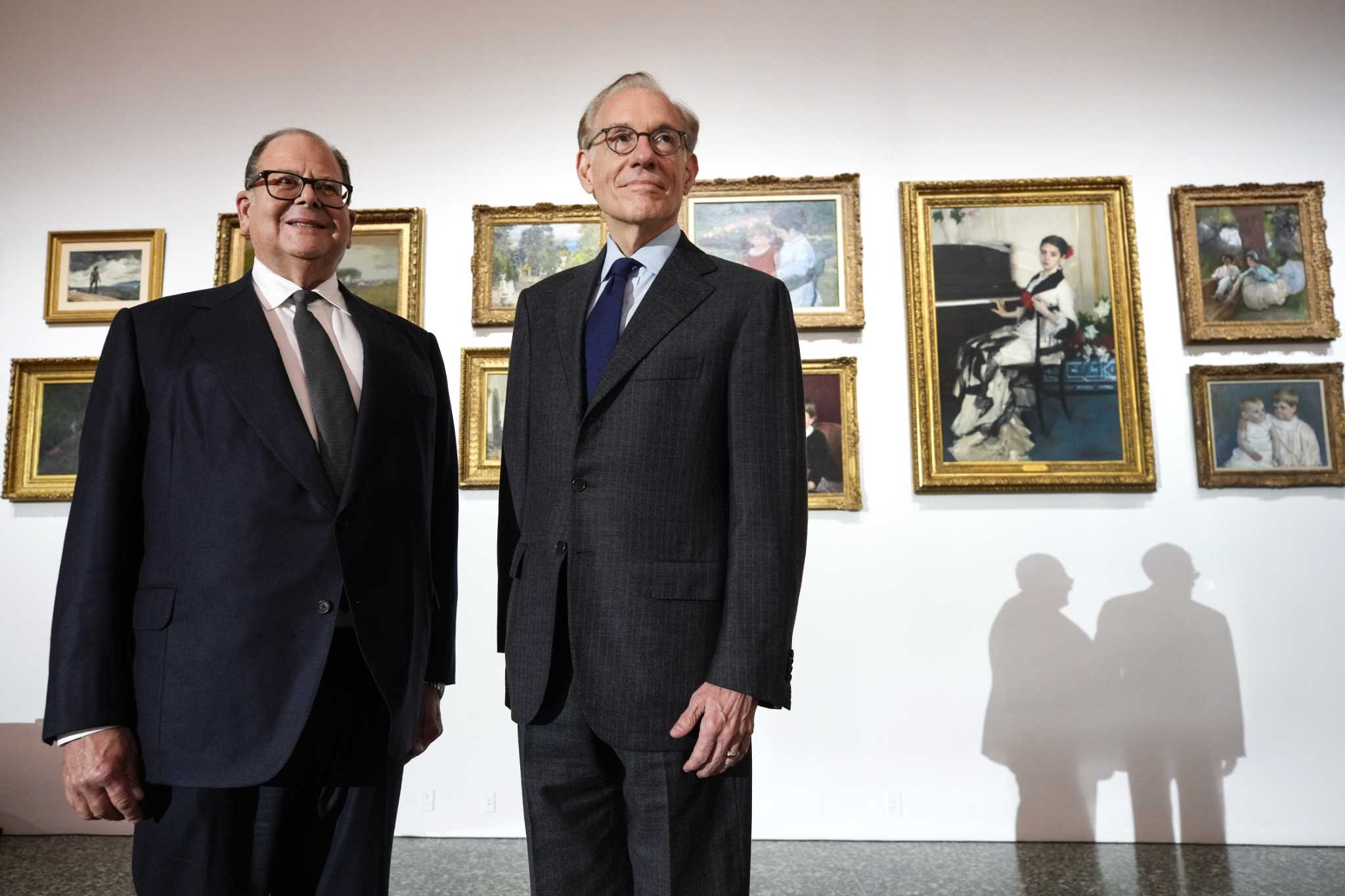 For many years, the gentle, authoritative presence of the late Fayez Sarofim was able to silence a crowd as people stopped to listen. He was a man of few words and a great sense of humor. He rarely spoke in public, although he had a talent for zingers.

Fayez, a noted philanthropist and investor, also had a keen sense of art. The Egyptian-born businessman has spent 60 years assembling one of the country’s most important private collections of American art. He died in May at the age of 93.

A selection of 125 masterpieces from its collection, spanning 4,000 years from 2000 BC to the 21st century, will be on long-term loan to the Museum of Fine Arts in Houston, beginning in early 2023, the director of the museum announced Friday. museum, Gary Tinterow, during the Grand Gala. Benefit ball, surrounded by 43 paintings and contemporary works of art.

The works are loaned in partnership with the Sarofim Foundation.

“Partnership is a very good word,” said Christopher Sarofim. “It’s been a long relationship. My dad’s greatest gift he ever gave went to the museum. Now the campus is named after him.”

In 2015, Fayez committed $77 million to MFAH’s $476 million capital campaign for its expansion. Today, the completed 14-acre campus in the Museum Quarter bears his name.

IN MEMORY: Houston philanthropist and businessman Fayez Sarofim dies at 93

As honorary gala chairs, Christopher Sarofim, his three siblings and their partners helped raise an additional $2.376 million for the museum at Friday’s event, a gala record.

The evening included a preview of what’s to come: The selection of American art, paintings and European objects will be installed in the MFAH gallery buildings, to be viewed indefinitely.

The Sarofim collection represents “a leap forward” for the MFAH’s exhibit of 19th- and 20th-century American art, Tinterow said.

Over the weekend, paintings by Hassam, Hopper and Sargent hung in Cullinan Hall, among other works. A survey of more modern works by Robert Rauschenberg, Ellsworth Kelly and Willem de Kooning shared a contemporary space.

From January, pieces from the collection will move into their museum homes. “Egyptian art will be placed with Egyptian art, and so will native art and European paintings,” Tinterow said. “This will require, to our delight, a complete relocation of our late 19th and early 20th century art galleries to accommodate everything.”

The relationship between MFAH and Sarofim began around 1958, when Fayez Sarofim & Co. was founded and Cullinan Hall first opened. Christopher Sarofim remembers leaving his childhood home a few blocks away to visit the new space when he was a boy.

Sarofim’s first major art purchases were probably two paintings by Hassam and William Anzalone; each sold by gallery owner Meredith Long for $300. Christopher Sarofim pointed out that the Anzalone maintained its value at $300, while the Hassam appreciated 10 times, how much his father parted with the coin – a decision he later regretted.

“After that, he sold almost nothing,” Tinterow said.

“It was a painful experience not to live with this beautiful piece of art either,” added Christopher Sarofim. “But it helped him develop his approach to investing and earned him a reputation as a long-term investor.”

At one time Sarofim was the richest man in Houston; Sarofim & Co. is now one of the largest private investment firms in the country, retaining a significant portion of the MFAH endowment.

The Grand Gala Ball celebrated that arrangement, Purvis said. The thousands of peach blossoms adorning the room reflected Fayez Sarofim’s favorite color. The menu and musical selection were also in his honor.

“These things were important to Dad,” Christopher Sarofim said. “He loved watching young people dance and seeing great art on the wall.”