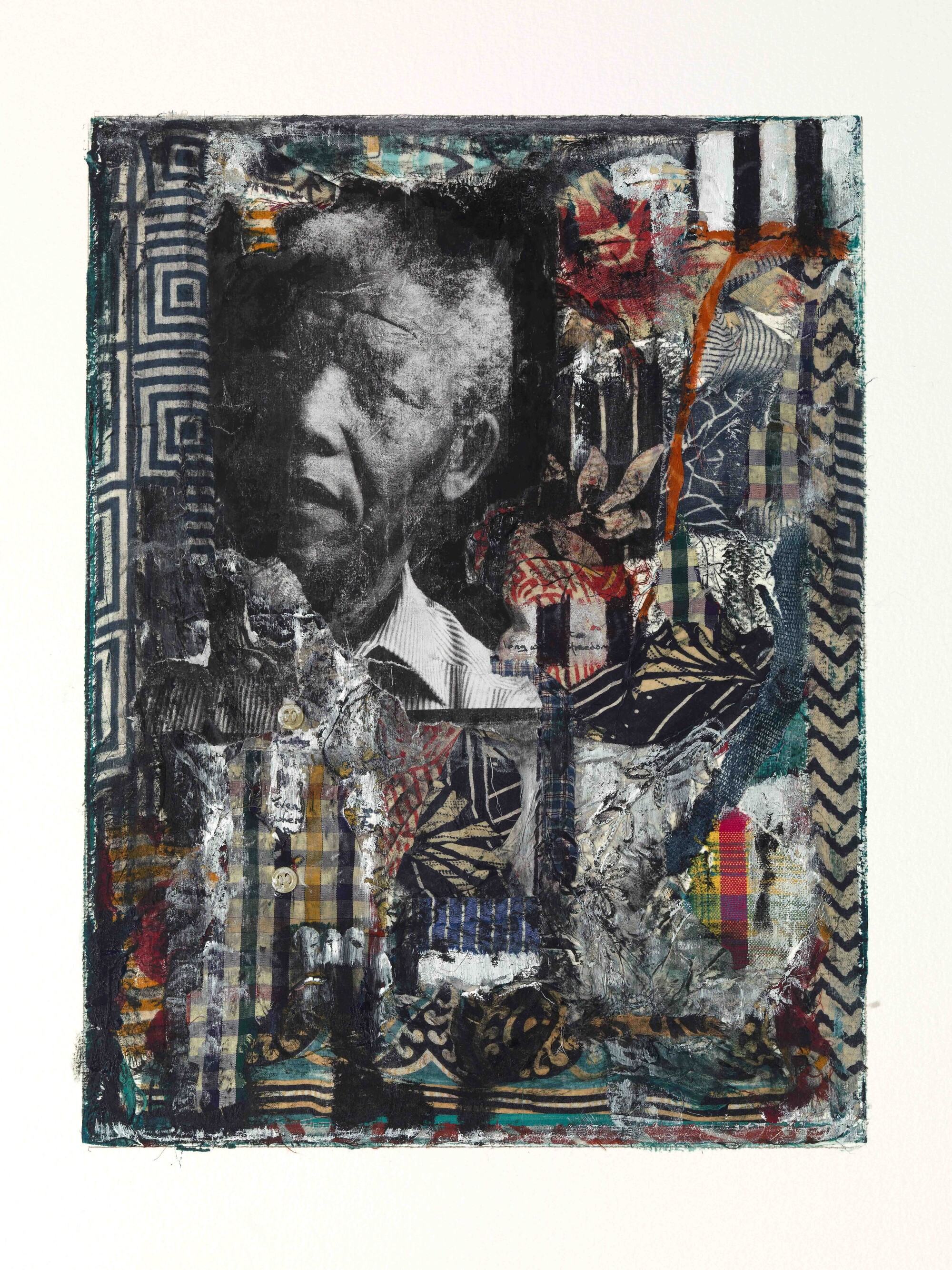 Peter Sacks: Resistance, the artist’s first solo exhibition in a museum, will be presented by the Rose Art Museum, from August 25 to December 30, 2022. An expat from South Africa, Sacks rose to prominence as a visual artist thanks to his complex and textured multi-media compositions. Expanding the two-dimensional conventions of paintings on canvas, Sacks developed a personal language of heightened dimensionality and tactile delicacy through his particular material choices. Peter Sacks: Resistance presents more than 90 never-before-seen portraits of individuals who have resisted political, racial or cultural oppression over the past two centuries.

“The Rose is honored and delighted to host such an important and timely exhibition. Drawing inspiration from his anti-apartheid activism and multicultural experiences, Peter Sacks creates an inspiring cast of individuals – artists, writers, philosophers and political activists from around the world – who have resisted oppression in various ways. Bold, layered portraits will confront viewers as a call to action inviting ethical responses to the breakdown of our world,” says Dr. Gannit Ankori, director and chief curator of Henry and Lois Foster, curator of the show .

Sacks created the portraits over the past two years. Topics range from Nelson Mandela to Nasrin Sotoudeh and Rosa Parks to Volodymyr Zelensky. Each face is integrated into a tactile composition of fabric, paint, personal objects and texts, conveying the meaning of their life, their history, their struggles, their acts of resistance, their imprisonment or their exile. and, sometimes, their death.

The individuals depicted have a special meaning for Sacks: “Many of these characters have inspired me throughout my life, both intimately and publicly. I hope they will do the same for viewers. My relationship with most of these characters has been long and deep. My experiences in South Africa gave me more than enough exposure to political and racial oppression, but also gave me a lingering need for role models of resistance.

In addition, the exhibition will include an audio collage of the voices of many contemporary literary, political, social and cultural figures reading excerpts they have chosen from the writings of the resistance fighters. The recording features the vocals of Teju Cole, Carol Gilligan, John Kerry, Henry Louis Gates, Bill McKibben, Julian Brave NoiseCat, Claudia Rankine, Colm Tóibín, Elaine Scarry, Bryan Stevenson and many more.

“Many of the individuals depicted have become powerful guides and sources of courage for each other – as I hope they will become for those who encounter them in the exhibit,” Sacks notes. “Ideally, the show evokes a community among its subjects. The hope is that it will also conjure up another community among its viewers.

Peter Sacks: Resistance pays tribute to generations of resistance fighters using the power of art to pass on their legacy to future generations. An opening celebration will take place on Wednesday, September 21, from 6 to 8 p.m., and a variety of programs and workshops will be held alongside the exhibition. The museum will also publish a fully illustrated catalog of Sacks’ portraits.

About the artist
A South African expat, Peter Sacks (b. 1950 in Port Elizabeth, South Africa) spent the first 19 years of his life in his home country, in the eastern city of Durban. Sacks teaches at Harvard University and has also published several volumes of poetry. His works are part of numerous private and public collections around the world, including the Baltimore Museum of Art; the Metropolitan Museum of Art, New York; Museum of Fine Arts, Boston; Museum of Fine Arts, Houston; Rose Art Museum at Brandeis University, Waltham, MA; Collection of the Constitutional Court of South Africa, Johannesburg; The Ethelbert Cooper Gallery of African and African American Art, Cambridge, MA; The Bonavero Institute of Human Rights, Oxford; and the Beyond Borders Foundation, Edinburgh.

About the Rose Art Museum at Brandeis University
The Rose Art Museum fosters community, experimentation and new knowledge through direct engagement with modern and contemporary art, artists and ideas. Founded in 1961, the Rose is one of the nation’s premier university art museums and houses one of New England’s most extensive collections of modern and contemporary art. Through its outstanding collection, support for emerging artists, and innovative programming, the museum serves as a nexus between communities, art, and social justice for Brandeis University and beyond. Located just 20 minutes from downtown Boston, the Rose Art Museum is open Wednesday through Sunday, 11 a.m. to 5 p.m. Free entry.