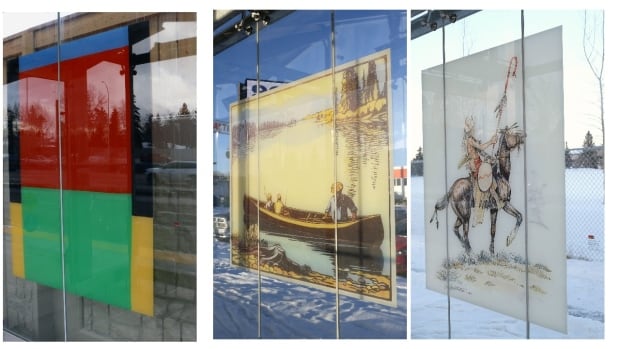 Calgary Transit offers commuters a bit of culture as they wait for a bus on one of the city’s four MAX rapid transit lines.

Fifty MAX bus shelters have been designed so that works of art can be displayed on their glass walls.

MAX Orange, Yellow and Teal shelters feature selected works from the City of Calgary’s public art collection. Along the MAX Purple Route, works by emerging artists with ties to the region are presented.

The shelters on the four bus lines feature 183 works by nearly 90 artists who have lived in Calgary at some point in their careers.

â€œPutting art on the walls of MAX shelters has turned our city into a gallery. It allows thousands of transit riders, motorists and passers-by to appreciate and appreciate the work of Calgary’s arts community every day, â€said Julie Yepishina-Geller of Arts and Culture to The City of Calgary.

Images are digitally printed onto tempered glass with ceramic pigment inks and coated with PVB (polyvinyl butyral). The glass is thick and resistant to vandalism, damage and fading from the sun, according to Calgary Transit.

The project cost around $ 1.6 million, or one percent of the budget for the four MAX lines.

Calgary’s public art collection is valued at over $ 25 million, with most of its 1,300 pieces donated by Calgarians and organizations since its founding in 1911.

Here is a sample of the exhibited works

Flodberg was born and raised in Calgary and studied at the Alberta College of Art and Design (ACAD), now the Alberta University of the Arts, and the University of Alberta. He lives, paints and exhibits full time in Calgary, according to the Masters Gallery, where his work is available.

Eisler graduated from ACAD (now Alberta University of the Arts) in painting in 1997. His work “attempts to express how saturated modern civilization is with visual complexity, technology and popular culture,” explains the Alberta Foundation for the Arts website. He is represented in Calgary by the Paul Kuhn Gallery.

Shelton (1915-1984) was born on a farm in Bruce, Alberta, attended school in Calgary in the 1930s. She studied at the Provincial Institute of Technology and Art with AC Leighton and HG Glyde, graduating in 1943, according to the Alberta Foundation for the Arts. Best known for her watercolors, linocuts and woodcuts, her works are in the collections of the National Gallery and the Glenbow Museum in Calgary.

Kerr (1905-1989) was born in Lumsden, Saskatchewan. and studied at the Ontario College of Art with several members of the Group of Seven. According to the Canadian Encyclopedia, he moved to Calgary after World War II and became head of the art department at the Provincial Institute of technology and art, the forerunner of the University of the Arts of Alberta. There is a gallery in his name at the university.

Taylor-Lindoe studied at ACAD (now the University of the Arts in Alberta) in the 1960s and 1970s, and currently lives and works on Denman Island, British Columbia, according to the Alberta Foundation for the Arts. His works can be found in numerous corporate, public and private collections across Canada, including the National Gallery of Canada, the Art Gallery of Alberta and the Glenbow Museum, says the website of the Art Gallery of Calgary TrÃ©panierBaer, â€‹â€‹where his works are available for sale.

Kiyooka, born in Calgary in 1928, was one of the first pioneers of abstract art in Western Canada in the 1960s. He taught at the University of Calgary for 27 years before retiring in 1988 as professor emeritus. His works have been widely exhibited and collected nationally and internationally. In 2011, Kiyooka and his wife, renowned sculptor Katie Ohe, founded the Kiyooka Ohe Arts Center to promote contemporary art with a studio for emerging artists, a research library and extensive collections of works of art. , including an outdoor sculpture garden.

Snow (1911-2004) is best known for his lithographic prints, an art form that he and his friend, artist Maxwell Bates, were credited with pioneering on the Prairies in the 1940s. art lithograph at the time, so the two men basically learned on their own. Not only did they become proficient, but they quickly mastered this art form. the artist’s biography on the Lando Gallery in Edmonton website. His works are on display at the National Gallery of Canada, the Residence of the Governor General of Canada and the Government House of Alberta in Edmonton.

Tailfeathers (1925-1975) was born in Kainai First Nation and was one of the first Aboriginal Canadians to become a professional artist. , according to the Canadian Encyclopedia. “His work presents a romantic and nostalgic take on the life of his Blood people at the end of the 19th century. Thus, it presents warriors in their traditional activities of war, hunting and ceremony,” the article reads.

Webber, born in Drumheller, Alberta, in 1952, is a renowned Calgary-based photographer who has chronicled the people, landscapes and built environment of Alberta for almost 40 years. Webber’s many photo books include BAllotted time, Saskatchewan Pound, Alberta Pound, PGothic town hall and People of the Blood.

Samuelson (1936-2021) was a painter and printmaker whose early works were very graphic in style and “focused on abstraction derived from the surrounding landscape”, while in subsequent years he used oils and watercolors in detailed landscapes, according to the Alberta Foundation for the Arts website. He studied at ACAD (now the Alberta University for the Arts) and then taught there from 1968 to 1996. He was co-owner of KB Graphic Design Ltd. from 1958 to 1968, specializing in graphic design, architectural rendering and illustration, according to his obituary.

Based in Calgary, Cran graduated from the Alberta College of Art and Design (now Alberta University of the Arts) in 1979. â€œCran’s paintings show a long-standing interest in the relationship between representation and abstraction, as well. than photography and painting, â€explains Calgary art gallery website TrÃ©panierBaer, â€‹â€‹where his works are sold. The original of this work is on display at Mount Royal University.

Bates (1906-1980) was a Calgary-based expressionist architect and painter and lithographer who was possibly the first Alberta-born artist to gain international recognition, Hodgins Art Auctions states on their website. His works, often boldly colored with distorted and expressive figure studies, have been the subject of numerous retrospective exhibitions, including one at the Glenbow Museum last year. As an architect, his most significant project was St. Mary’s Cathedral in Calgary’s Mission neighborhood, completed in 1957. Following a stroke in 1961, Bates lived and painted full time in Victoria. , in British Columbia.

On the MAX Purple line, which runs from the East Hills Mall along 17th Avenue southeast to the core, the artwork shown is not from the city’s public collection. Instead, these stations feature 24 pieces by artists who live, work, or have a connection to Forest Lawn or International Avenue.

The theme of art along this line is international foods as a way to celebrate the region’s cultural diversity.

The pieces in the Violet Line were chosen by a selection jury made up of three Calgary artists, three community members and a representative from Calgary Transit.

Pelkey â€‹â€‹is a Calgary-based artist and graphic designer whose recent work uses fall leaves she has collected to create drawings and images of characters, animals and scenes, according to her website. She is a graduate of ACAD (now the University of the Arts of Alberta). â€œSoil, plants, rot, growth, insects, animals, human civilization and biodiversity are all interconnected and important. What better way to experience diversity than through food than we or others let’s prepare and eat, â€Pelkey â€‹â€‹said in his submission to the selection committee. This is one of three works by Pelkey â€‹â€‹that are featured on the MAX Purple route.

Friio is a Calgary-based landscape painter whose work is exhibited in many private and institutional collections, including the Foothills and Pete Lougheed Hospitals. â€œI have found that the most dynamic painting is done in the first thirty minutes. This is where the raw skill is. Carrying out is a separate skill in itself,â€ says Friio on the Mountain website. Galleries, where his works are available. Three of Friio’s works are exhibited on MAX Purple shelters.

Begg is a Calgary-based artist, sculptor and community organizer. There are five works by Begg along the MAX Purple route. In his submission to the selection committee, Begg said this photo was inspired by his trips to Italy. â€œThe wonderful ethnicity of International Avenue, the food choices and my all-time favorite is Italian cuisine. The carbonara is cooked here, the noodles in boiling water, the ingredients simple, but it’s a complicated technique. ”

6 cities under the radar to visit in the Hudson Valley