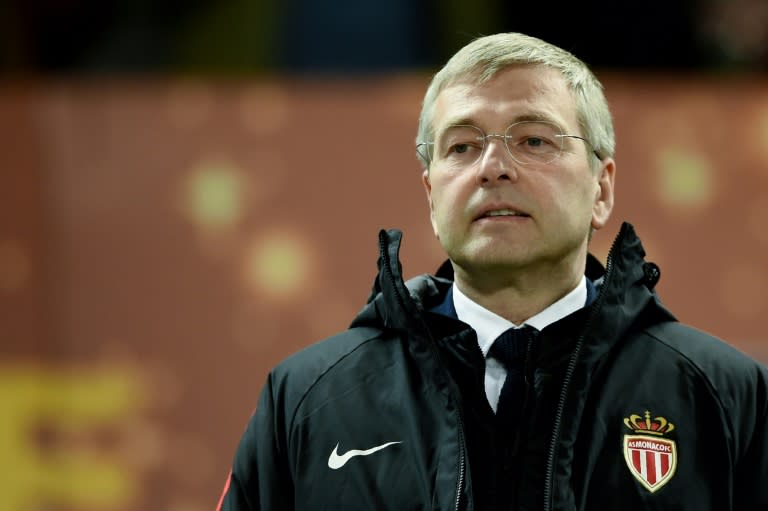 Amid all the attention given to Roman Abramovich’s management of Chelsea, there is another top European football club in the hands of a low-key billionaire Russian owner about whom questions are being asked.

Dmitry Rybolovlev is the president and majority shareholder of Monaco, the famous club of the prestigious principality having been in his hands since 2011.

He took over as Monaco struggled in the French second tier, but his investment quickly revived their fortunes.

They won Ligue 1 in 2017 and reached the Champions League semi-finals that year.

Rybolovlev has resided in the Mediterranean principality for more than a decade, but owns two private jets and flies around the world for business and pleasure.

His last public appearance was on February 23 in the Caribbean island of Antigua where his boat, a lightweight superyacht called Skorpios, won the Royal Ocean Racing Club Caribbean 600 race in the monohull class.

Rybolovlev was on board, away from the football club he owns, and further away from Russia.

He has not been to Russia “for several years”, according to his entourage, and certainly not since the start of the Covid-19 pandemic.

Officially, Rybolovlev left Russia in 2010 after he was forced to sell his majority stake in potash fertilizer producer Uralkali to relatives of President Vladimir Putin.

If he then left Russia to make Monaco his base, his ex-wife and children had already lived in Switzerland since the mid-1990s and his parents also live in Europe.

Rigmora Holdings, the company that manages his business interests, was registered in Cyprus in August 2011 and has offices in Cyprus, Switzerland and Greece, but mainly in Monaco.

Rybolovlev has an estimated fortune of $6 billion. He is an art collector, owns a chalet in the Swiss resort of Gstaad, luxury properties in the US and bought the Greek island of Skorpios – where former US First Lady Jacqueline Kennedy married Aristotle Onassis.

While he has always sought to distance himself from power in Russia, he is named in Putin’s Accountability Bill, a list of Russian citizens subject to sanctions, which is making its way through the Congress of United States.

He has also had run-ins with Monegasque authorities linked to a legal battle with Swiss art dealer Yves Bouvier, whom he accuses of making him pay inflated prices for dozens of works acquired for more than 2.1 billions of dollars.

Rybolovlev, who had long hoped to obtain Monegasque nationality but settled for a Cypriot passport, has been charged with corruption and influence peddling in the case.

However, with sanctions raining down on Russian sport, it seems unlikely that the Rybolovlev club – where Russian international Aleksandr Golovin plays – will be targeted.

Contacted by AFP, the French league confirmed that no action would be taken against individual players from Russia or Belarus, or against AS Monaco.

“Going to play in Monaco is not a problem. Just as we must support the Ukrainians and particularly their footballers and coaches, we cannot be angry with anyone of Russian nationality”, declared Christophe Galtier, the coach of the Monegasque selection. rivals Nice.

Rybolovlev is not the only Russian businessman involved in sport in Monaco.

Alexey Fedorychev, also of Hungarian nationality, is the new president of the principality’s basketball team, which currently faces the continent’s best teams in the Euroleague.

His company, Fedcom, sponsored the football club, and he tried in 2002 to become a majority shareholder only for Prince Rainier to veto the move.

Neither Fedorychev nor Rybolovlev is the target of European Union sanctions. The current Prince Albert attended the recent victory of the Monaco basketball team against the Turkish team of Fenerbahce with his children.

Fedorychev was at their side, as was the Ukrainian Serhiy Dyadechko, vice-president of the club.

Prince Albert was also present during AS Monaco’s last Ligue 1 match, against Reims at the Stade Louis II.

There, in his dressing room, were Oleg Petrov, the Russian vice-president of the club, as well as Rybolovlev’s daughter, Ekaterina Rybolovleva, and her husband, the Uruguayan Juan Sartori, all three members of the board of directors.