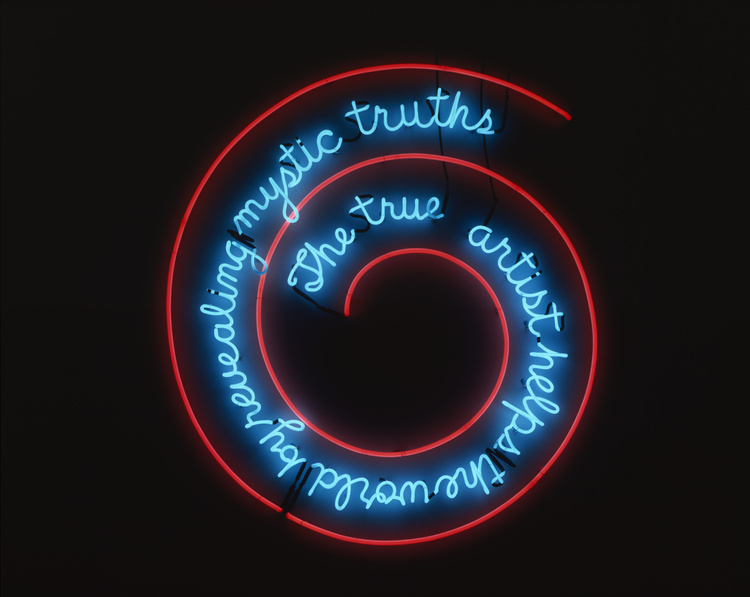 State of the Arts: Six exhibitions to welcome spring (and summer)

State of the Arts is our regular arts column in which we examine the latest moves in Beijing’s creative scene and highlight arts news as well as exhibitions, artists and openings you should look out for.

With spring finally here and summer not too far away judging by the weather forecast, here are some art exhibits to beat the heat.

Organized in collaboration with the Tate Modern, this exhibition at the M WOOD site in Longfusi is the first comprehensive retrospective in China of the work of American multimedia artist Bruce Nauman.

Born in Illinois in 1941 and having spent most of his professional life in New Mexico, Nauman’s work, which includes everything from neon light sculptures to a variety of installations, focuses on how different states – whether spatial, presented with advertising or other factors – influence decision-making and mood.

Red Gate Gallery‘s Countdown 4-3-2-1 series continues with Countdown 3. The second in this series will focus on artists who began collaborating with the gallery in the 2010s. As discussed with owner Brian Wallace in our recent interview, the Countdown series is Red Gate’s farewell to Beijing (for now). The series will culminate in June with Countdown 1.

This exhibition focuses on a decade of work by Jiangxi-born artist Zhou Song. A 2006 Tianjin Academy of Fine Arts graduate, Zhou’s works explore the intersections of art, science and philosophy, combining the three elements to create pieces that evoke things that are not human but human. the same time.

Mocha Art Museum collects the works of the modern artist Pablo Picasso. Divided into five sections, the exhibition covers the different periods of Picasso’s art: the blue period, the rose period, the cubist period, the middle period and the late period. There is also an installation area recreating Picasso’s works on a larger scale, allowing visitors to get closer for a more immersive experience with the artist’s work.

A dream trip through a panorama of rivers and mountains

Having been exhibited only three times since the founding of the People’s Republic, viewers have only been able to see part of the epic scroll painting “A Thousand Views of Rivers and Mountains” so far. Using technologies such as virtual reality, holography, high-definition projection and digital lighting, the Palace Museum has created a 3D model of the classic painting, which is now on display for those who want an awe-inspiring visit to the Know & How Museum.

To celebrate the 50th anniversary of the normalization of diplomatic relations between China and Japan, 140 Japanese prints from the Edo period were exhibited at the China Century Altar Art Museum. Also known as “Floating World” prints, these works depict scenes from nature, life, people and entertainment of the time, including more renowned works like the Great Wave off Kanagawa, part of the 36 Views of Mount Fuji series by artist Hiroshige.

READ: State of the Arts: Meet Keith Haring at the Meet You Museum inSpace

Images courtesy of the premises