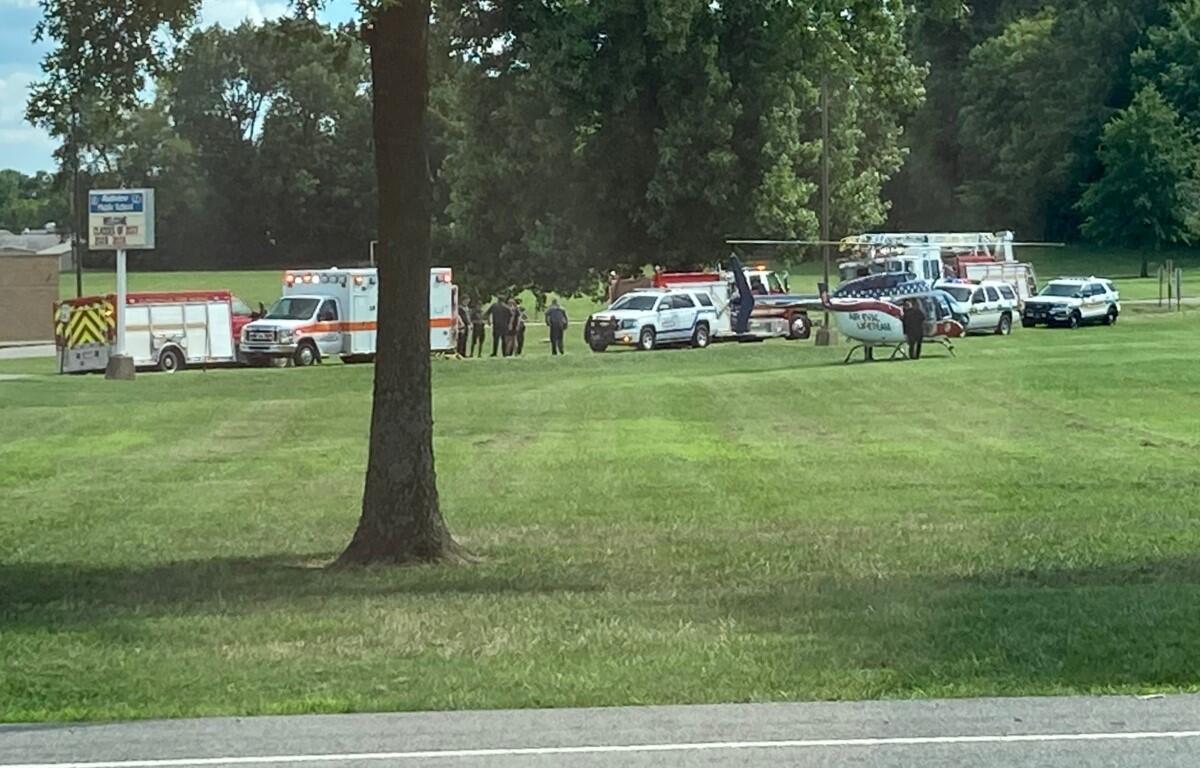 CLARKSVILLE, TN (NOW CLARKSVILLE) – A recent accident sparked conversations in the community about how to make students safer when traveling to and from school.

Anthony Johnson, public information officer for the Clarksville-Montgomery County School System, said after school Friday that a student from Clarksville High School went to church across the street. street to meet their parent/guardian in their vehicle.

“Traffic was at a standstill on both sides when it was reported that students had spotted his parent/guardian’s car at the CHS. He ran across the street to meet her,” Johnson said in a press release. “He ran across the street to meet her, there was a school crossing guard from the city of Clarksville and an officer from the Clarksville Police Department who was directing traffic and supervising the two crosswalks established in front of CHS, but he It was reported that the student ran between the crosswalks where the two were parked. A car traveling in the middle turn lane struck the student as he was crossing the street.

Johnson said the student was flown to Vanderbilt via Life Flight.

Clarksville Police Department spokesman Scott Beaubien said according to the police report regarding the accident that the student cut himself between two vehicles when he was struck by a vehicle traveling in the lane of continuous left turn.

“Continue to keep Vincent in your thoughts and prayers. He’s a tough boy and he’s getting better every day. Also continue to pray for his family and friends. Many have asked to donate to the family. We are working with the family and will provide information over the next few days on how you can donate. I appreciate the outpouring of love and concern and the strength of our CHS family. Thank you,” he said in a statement released to the school community.

A parent’s perspective on chaotic traffic

Monica Bueno, a Clarksville resident since 2010, was among the cars waiting to pick up the students at the time of the accident. She said traffic congestion problems were only getting worse.

“The big talk has always been about the shortage of buses,” Bueno said, noting that traffic congestion and insufficient road widths are the real problem.

Although she did not personally see the accident, she did witness the traffic problems. “We were taking Richview Road north from Madison to Memorial,” she said. “When the cars started for the car drivers section, I remember thinking why is the traffic so jammed?”

“My husband was driving so I was more aware of what was going on around me without having to be distracted by driving,” she said.

Bueno said that although she observed that most students were using the crosswalks, because of the way the cars were backed up, it would have been difficult for anyone to know what was going on.

Bueno said she and her husband were alarmed by the amount of traffic on Friday. “When we saw the news later in the day, I thought it was the perfect storm for something to happen.”

In his mind, Bueno said there are ways to reduce car congestion during school closures, including staggering student exit times or setting up lines of cars like those used in some neighborhoods of Nashville, forcing cars to stop.

Bueno said it just comes down to safety. “All of our children should feel safe getting to and from school,” she said. “If that means we need more money (for safety measures), I’m sure a lot of people would be ok with that, whether it’s sidewalks or crossing guards to bring our children to school safely.”

City seeks to use funds to keep students safe

Casey Williams, communications specialist for the City of Clarksville, said sidewalks near schools are something the city is working on.

The City of Clarksville is looking closely at how best to use the $6 million in funding set aside for the installation of sidewalks in local school zones, which was proposed by Councilman Brian Zachrias and accepted by a majority. by the city council.

“As I sit here today, there will be elementary school students who have to walk to school who don’t have sidewalks to take them where they need to go from home,” he said. he told the council members.

Williams said the city is always looking for ways to improve student safety.

“We installed 1,958 feet of sidewalk from South Jordan to Cunningham Lane which connects Jordan to Minglewood,” he said, noting that the new sidewalks impact 35 residences.

“The other project is North Senseney Circle from the western part of Rafiki. This sidewalk connects to Peachers Mill and affects 125 homes in Barker’s Elementary,” he said, noting that the project is approximately 5,000 feet of curb.

“We are currently reviewing how to most effectively use the remaining funds to help as many people as possible,” he said.