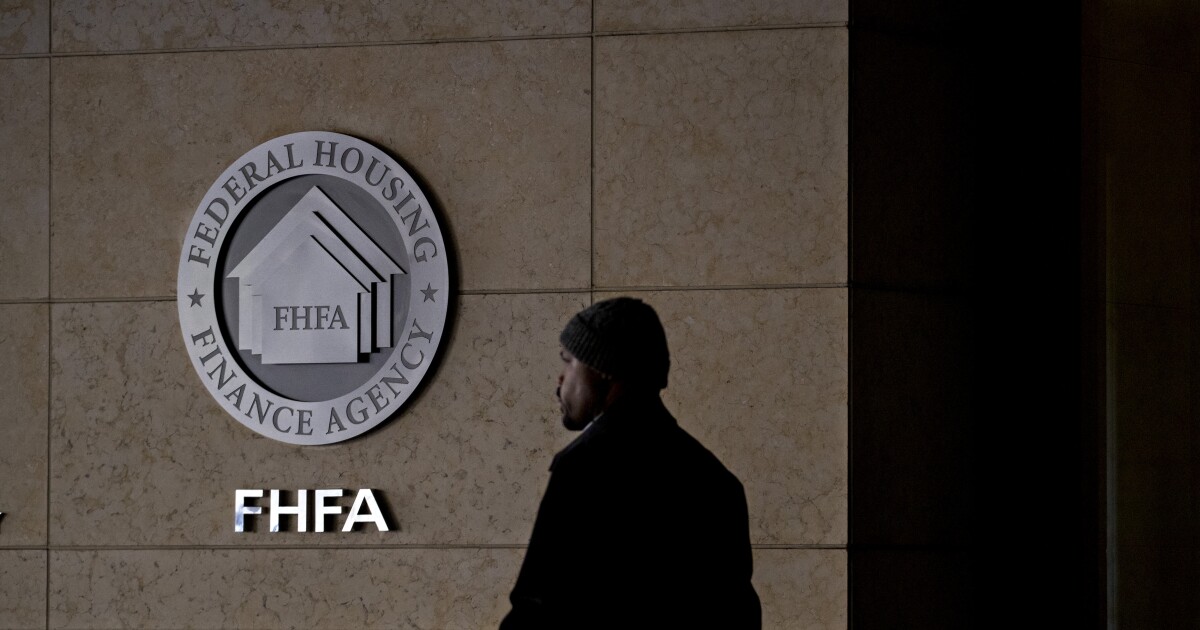 Eleven years after government-sponsored oversight began and yet another report – this one from the Trump administration – presented a plan to reform housing finance.

But this one promises to be different, since many of the recommendations can be made administratively.

In the week following the publication of the Treasury report, the director of the Federal Housing Finance Agency, Mark Calabria, has already started to implement one of the main recommendations – to curb the explosion of multi-family businesses in Fannie Mae and Freddie Mac.

GSEs were living up to their old tricks, using taxpayer benefits to crowd out the private sector and pro-cyclically develop an already booming multi-family debt market. This was the result of loopholes put in place by Calabria’s predecessor. From 2015 to 2017, the volume of GSE increased three times faster than the overall market.

This swift action bodes well for others, as Calabria accomplished by modifying the GSE Trusteeship Dashboard, a quick and efficient method.

Yet most media reports have focused on legislative proposals to reform Fannie Mae and Freddie Mac, legislation that is not expected to be enacted anytime soon. Ignored are the many recommendations for swift administrative action to reduce foreclosure by leveling the playing field between GSEs and the private sector; and reducing the footprint of GSEs.

The Treasury report, along with another from the Department of Housing and Urban Development, gave Calabria and FHA Commissioner Brian Montgomery the green light to take administrative action and do it quickly. This is all the more feasible given that today’s rate cut and strong market demand would minimize the impact, a practical consideration in the run-up to a presidential election.

Reducing the massive single-family footprint of GSEs is also needed. Today, taxpayers have to pay over $ 5,000 billion in GSE debt. Yet the only plausible reason the government is supporting the housing market is to help low- and moderate-income families buy a home.

An assessment of the activity of GSEs in 2018 shows that they do not pass this simple test: less than 25% go to those who buy a primary residence for less than $ 250,000. Once again, GSEs have used their many strengths to oust the private sector and operate in a dangerously procyclical fashion.

The Treasury report endorses the Consumer Financial Protection Bureau’s decision to allow a so-called patch to go missing for its qualified mortgage rule. The QM rule was established in response to the housing crisis by setting a repayment capacity standard for underwriting mortgages. But it also allowed a temporary patch for any GSE-backed mortgages to qualify under the rule, which greatly benefited GSEs. This would be a big step forward to level the playing field between GSEs and the private sector.

Regardless of the changes made by the CFPB, the FHFA should consider which single-family mortgages under a revised capacity to pay requirement should be eligible for acquisition by the GSEs, as recommended by the Treasury report. Next, the FHFA should implement GSE capital requirements that require sufficient capital to remain viable during a severe economic downturn, while ensuring that shareholders bear the potential losses instead of taxpayers.

The Treasury report is also correct in suggesting that the FHFA, in consultation with other federal financial regulators, should “harmonize regulatory requirements” for GSEs and other housing finance participants.

Finally, in order to end competition between GSEs and FHA, Calabria and Montgomery need to clarify the appropriate roles and overlaps between GSEs and FHA, as the report recommends. They should address acquisitions by GSEs of loans with high loan-to-value and debt-to-income ratios. They should also discuss FHA’s underwriting of cash refinances, conventional refinances to the FHA, and FHA recurring borrower loans.

This is necessary to end the unseemly taxpayer-funded competition for high-risk loans between these agencies and the growing risk of the FHA’s insurance portfolio.

As entry-level house prices continue to rise rapidly and the supply of housing is limited, taking these steps now would slow the unsustainable appreciation in house prices. This would be good news for first-time home buyers, who tend to be from lower incomes and minorities. These same borrowers tend to take out the loans with the greatest risk of default with the riskiest stratification.

It would be a win-win solution for first-time buyers and taxpayers.