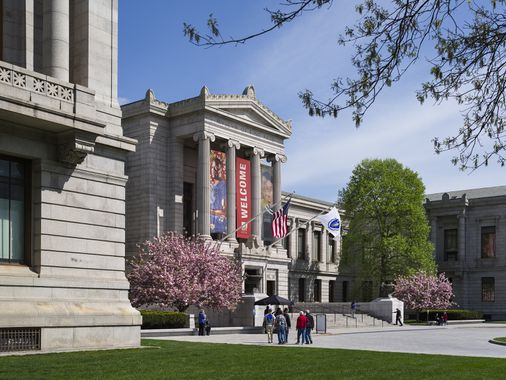 More than 200 National Gallery employees, newly represented by United Auto Workers Local 2110, have ratified their first collective agreement with the MFA. The contract, the first since employees voted to unionize in November 2020, includes increases in pay and benefits.

In a note announcing the deal, Matthew Teitelbaum, Director Ann and Graham Gund of the MFA, said the three-year deal will strengthen the institution going forward.

“As we continue to manage the disruption of the pandemic and in the midst of significant inflation, we believe this agreement and our investment throughout the organization is the right decision,” Teitelbaum said in a statement posted to the site. Museum website.

The UAW thanked Boston Mayor Michelle Wu for her help in reaching the agreement affecting 227 of the museum’s administrative, technical, curatorial and curatorial employees.

“Mayor Wu’s willingness to get involved and help both sides focus and narrow their differences was absolutely essential,” MFA employee and negotiating committee member Emma Rose Rainville said in a statement.

Get the Big Task

Your guide to staying entertained, from live shows and outdoor entertainment to what’s new in museums, movies, TV, books, restaurants and more.

The new contract, which takes effect next month, sees MFA workers getting a minimum 5% wage increase, with a third of those employees getting double-digit raises. In the second and third years of the contract, workers will receive increases of 3%. The UAW said the contract also improves retirement and transportation benefits, guarantees promotional increases, and establishes a grievance procedure and workplace diversity training.

“We are pleased to have reached an agreement on a union contract with the MFA that will provide a fairer compensation structure and a democratic voice for staff,” said Maida Rosenstein, president of Local 2110 UAW. “By establishing collective bargaining rights, MAE staff are helping to bring about the systemic changes needed for museum workers in general.”

There has been a wave of unionization among museum workers in recent years, and the UAW has been a major player in this effort, organizing employees at the Mass MoCA, the Portland Museum of Art in Maine, the Whitney Museum of American Art and the Guggenheim Museum, among other cultural institutions. Rosenstein said the deal at the MFA would be important for museum workers elsewhere.

“Museum workers have always been underpaid, including the traditional professions of curator, registrar, curator,” she said. “Staff at these levels are overwhelmingly women, and they have traditionally been poorly paid, despite the fact that museums have undergone tremendous expansion, investing huge sums in building extensions.”

Last November, MFA employees signaled their dissatisfaction with the level of wages and benefits by staging a one-day strike, picketing outside the museum with signs reading, “Old Art, Not Wages elders” and “What would Frida say?

In 2020, the MFA cut more than 100 full-time and part-time positions as part of a restructuring due to the pandemic, which forced the museum to close for six months.

Jordan Barnes, an MFA associate librarian and a member of the union’s bargaining committee, says she’s grateful for the pay rise, which she thinks she and others likely wouldn’t have received had it not been for the union’s influence.

“Compensation was a huge issue when we came to the bargaining table,” Barnes said. “On a personal note, I couldn’t have afforded to stay in this job I love without the benefit increases the union is offering me.

Asked to characterize contract negotiations between the union and the MFA administration, Barnes paused.

“I think we – how do I mean? “I think we’re a new union and the MFA hadn’t negotiated with us before and had to go through a big identity adjustment to see us as an equal at the bargaining table,” Barnes said. “I think our unity, our organization, our dedication really changed the tenor of the negotiations to a lot more of a ‘let’s get a deal’.”

Is it the right time to buy a car? This is what Suze Orman says