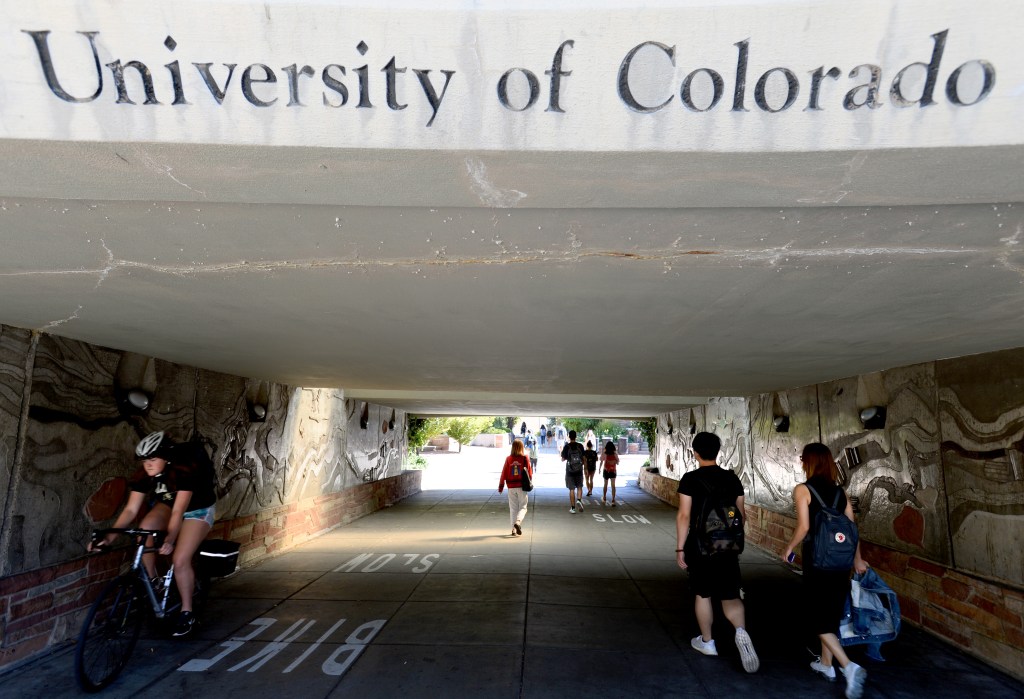 University of Colorado regents primary race is brimming with cash

Editor’s Note: This article has been updated to reflect the exact amount Callie Rennison donated to her campaign.

Two Democratic primary contenders for the seat of the University of Colorado’s 2nd Congressional District Regents Council have loaned their campaigns more than $ 150,000 each, according to recent campaign fundraising records.

State records dating back to 2002 show that none of the previous three Congressional District 2nd District Council of Regents elections had this level of funding, regardless of political party.

Most candidates raised $ 50,000 or less in funding, and the third largest loan, behind Gross and Harber, was for Republican Bob Sievers’ re-election campaign in 2002. Sievers loaned $ 25,000 to his campaign.

Rennison, a faculty member in the Faculty of Public Affairs at the University of Colorado at Denver, said she was surprised to see how Harber and Gross lent their campaigns and described her campaign as “grassroots.” .

“One of the reasons I am running for regent is to bring the voices of ordinary people to the board,” she said. “Like many at CU, I struggled to pay school fees and had to choose between buying food and buying a book. I think my personal journey and the values ​​that flow from it really resonated with the people at CD2.

Gross, a faculty member at the Leeds School of Business at the University of Colorado at Boulder, said his investment in his campaign shows he is deeply committed to the race.

“I think I am the best candidate. I think I have the best record and the best experiences, and I think I would make the best regent. My hope is that CD2 voters agree, ”Gross said.

The funding was used to communicate “my skills, priorities and experience” to voters, Gross said.

Harber, who produces and hosts his own talk show, said he has made a financial commitment to his campaign to ensure there is an impartial voice within the CU system.

“I strongly believe in CU and know I can make a positive difference so I’m happy to put my money where I say it because my opponents are CU faculty members with huge financial conflicts of interest. “Harber said in an emailed statement.

Gross and Rennison have conflicts of interest as employees of the university system, Harber said, and have “competing financial interests with other stakeholders who are not represented on the board.” Other stakeholders include students, non-tenured and adjunct professors, staff and researchers who “are all competing for scarce dollars,” Harber said, especially with the university’s budget cuts caused by the coronavirus. .

Rennison described the conflict of interest that Harber calls “imaginary”.

“He’s acting like we’ve never had a professor on the Board of Regents, and that’s wrong. As with any other role that I have had as a faulty member in the system, if there is any chance that there is a conflict of interest, I recuse myself, ”said Rennison.

Gross also pointed to the former regents who also served as professors, “which shows how little Aaron knows about the CU system,” he said.

Harber said having employees on the board previously doesn’t make electing new members the right decision.

CU does not interpret state law as prohibiting employees from serving on the board, said system spokesman Ken McConnellogue.

“If they do (serve), they agree to abide by regent policies that prohibit conflicts of interest,” McConnellogue said in an email. “For example, if they vote on compensation that would apply to them, that would be a conflict.”

McConnellogue cited the board’s conflict of interest policy, which states that a regent must serve the public trust and exercise power in the interest of the public, the university and the board. , and not for their own benefit or for the benefit of any other person or group. .

McConnellogue said that to his knowledge, regents who were also faculty members or employees include Sievers, who is still a professor at CU Boulder, and the current regent Jack Kroll, who works in admissions at CU Boulder.

Regents who were students while on the board include Maureen Johnson Ediger, a political science major from CU Boulder who served as Republican from 1996 to 2002, and Representative Joe Neguse, according to a previous Camera report. who was a student at the University of Colorado School of Law and served on the board as a Democrat from 2009 to 2015.