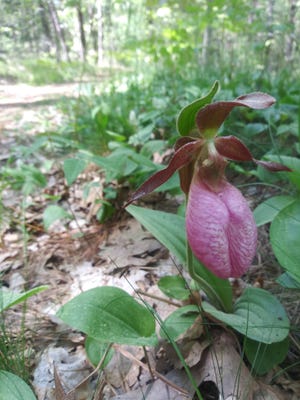 Some of the best ideas for things to do this week are wide ranging. If you feel you want to do something to help the unrest in the world, musicians continue to step up to help the people of Ukraine, with two concerts this weekend benefiting those affected by the Russian invasion.

If you want to get out, Barnstable celebrates National Trails Day all weekend with plenty of options for hiking or biking around town. Other highlights include art exhibits, a tribute to Phish, a prostitute exhibit, a jazz history show, an evening of improv comedy, a talk about sharks by a premier expert plan and a chance to meet and learn from bestselling author Nathaniel Philbrick. Looked:

Two groups in Barnstable will mark National Trails Day on Saturday with three days of events centered around the appreciation of conservation areas around the town. These include eight hikes led by members of Barnstable’s Land Acquisition and Preservation Committee, including native pollinator gardens at Mass Audubon’s Long Pasture Wildlife Sanctuary, restoring the headwaters of the River Marstons Mills, the village of Barnstable, sites in Cotuit and a Hyannis road to the beach. Barnstable Land Trust will host a conference on Friday evening about its work and Sunday will hold the 38-mile Tour de Barnstable Charity Bike Ride with a seven-village route that passes through many Trust trails.

When: several times from Friday to Sunday

Where: conservation trails and roads around Barnstable

Provincetown’s vibrant art scene and gallery walk will include new exhibitions this weekend by Chris Firger at Gallery 444, Maggie Simonelli at Gary Marotta Fine Art and Peter Chao at Captain’s Daughters Sundries & Tea Bar. Firger’s work will be a pop-up exhibit of contemporary Cape Cod life that includes “Woods Hole Workday,” “Commercial Street Gold” and “The Rescue of the Carrabassett” which depicts the New Bedford fishing boat that was beached in Truro for a week in December 2021. Simonelli’s ‘Water & Pearls’ translucent paints use handmade paints from beeswax. “Waves and Dunes” by Chao features 20 fiber art pieces, contemporary abstract seascapes made with yarn, inspired by Taiwan and Provincetown.

We Are Hydrogen, a Phish tribute band, will debut at Cape Cod Beer’s beer garden on Friday as part of a summer concert series. Beer and barbecue will be available. All ages are welcome.

Skylark will play Rachmaninoff for the benefit of Ukraine

Three-time Grammy-nominated vocal ensemble Skylark will perform Rachmaninoff’s Vespers in Sandwich to benefit Ukrainian refugees. Attending soloists Jonas Budris (tenor) and Luthien Brackett (alto), as well as deep bass Glenn Miller and Eric Alatorre. There will be a pre-concert chat with artistic director Matthew Guard. The gigs and those Skylark are playing off Cape Town this weekend mark the third time the band have performed what they say is “widely regarded as the a cappella masterpiece of the 20th century”. Skylark will sing from a new edition completed by Guard and Skylark soprano Fotina Naumenko this spring after nearly a decade of work.

Guard notes that Rachmaninoff composed the piece in 1915 during a time of escalating violence in World War I and fled Russia for America two years later, never to return. “I believe this could be a particularly meaningful performance for Americans who are strongly opposed to the actions of Putin’s government,” he said.

The Cranberry Rug Hookers will hold their biennial rug show, featuring a hand hooked rug exhibit, demonstrations, opportunities to try rug hooking, vendors and refreshments. The group celebrates its 30th anniversary as a member of the Association of Traditional Hooking Artists with a special display of cranberry area rugs.

Learn about the history of jazz

Drummer Bart Weisman and his band (Steve Hambleton on guitar and Ron Ormsby on bass) will present a talk and performance on “A Century of Jazz (1922-2022).” The event will include all styles of jazz with audience participation, based on the Provincetown Jazz Festival — Jazz in Schools Program Weisman performs across Cape Town with various jazz bands and is the executive director and performer of the jazz.

Where to walk:Hike Cape Cod: The Great Island Trail in Wellfleet

Ana Glig & Friends will perform a “Benefit Concert for Ukraine” to try to help alleviate “the anguish, horror and suffering of the Ukrainian people” caused by the ongoing Russian invasion. The program will include music by Fauré, Schumann, Liszt, Debussy, Barber and Zhivotovskaya. Performers will include Ana Glig, piano; Timothy Paek, cello; Marya Rindenello Spraker, harp; Alex Borkowski, piano; Kristin Howard, voice; James Rosenblum, piano; Carl Gutowski, flute; and Jared Mcmurray, piano. The musicians say they plead for peace and solidarity with war victims as they condemn the actions of the Russian government. The funds raised will be donated to the American non-profit organization Nova Ukraine. Donations can also be made online.

The audience directs the comedy at the Wellfleet improv show

Admission: $15 (tickets for the canceled April 16 show will be honoured)

Author Philbrick will discuss “Travels with George” at Mashpee

Best-selling Nantucket author Nathaniel Philbrick will be the guest and speaker at a fundraising luncheon for the Friends of Mashpee Library. He will talk about his most recent book, “Travels with George: In Search of Washington and His Legacy”, which has just been released in paperback. The book chronicles Philbrick’s own travels in the fall of 2018 to trace the first president’s visits to the 13 former colonies and reflects on Washington’s legacy. Copies of the book will be on sale at the event, courtesy of Titcomb’s Book Shop, and Philbrick will be signing books after his speech. Philbrick’s other books include National Book Award winner In the Heart of the Sea; “Mayflower”, Pulitzer Prize finalist; “Valiant Ambition”, winner of the George Washington Award; and “Bunker Hill”, winner of the New England Book Award.

A shark expert will discuss the upcoming summer

The Cape Cod Museum of Natural History will present a “White Shark Research Update” with Greg Skomal, who directs the Massachusetts Shark Research Program. Over the past 13 years, Skomal has studied the life history, ecology and behavior of white sharks off Cape Cod and beyond and tagged over 280 white sharks with a variety of new technologies. There will be wine and hors d’oeuvres for the first half hour, followed by the talk.

To have your event considered for the best bets, send information to [email protected] at least two weeks before CapeWeek is published. Contact Managing Editor Kathi Scrizzi Driscoll at [email protected]

A distinctive building has a fascinating history