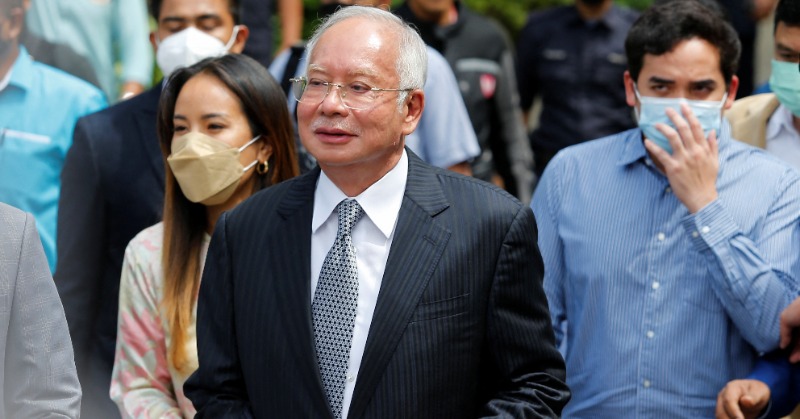 Who is Najib Razak, how 1 Malaysia Development Behad Scam shook the financial world?

Malaysia’s Supreme Court dismissed Najib’s latest appeal and denied his request for a postponement of sentence.

Najib, 69, was tried and convicted in July 2020 of criminal money laundering, abuse of power and breach of trust after illegally obtaining $10 million from SRC International, a former division of 1MDB. He had been released on bail while appeals were pending.

A government investment company, officially known as 1Malaysia Development Behad. Najib co-founded 1MDB, a now-bankrupt public company, in 2009 with the intention of advancing development. In its early years, 1MDB partnered with companies like PetroSaudi and received funding from investment firm Goldman Sachs in deals totaling billions of euros.

Among its early projects were plans to build a new financial district in Kuala Lumpur, the nation’s capital, and the acquisition of private power stations. The fund proved more successful at borrowing money than attracting large foreign investments, racking up $12 billion in debt.

The Wall Street Journal revealed in 2015 that millions of dollars had been transferred from 1MDB accounts to Najib’s personal accounts, drawing attention to the use of the public 1MDB fund for money laundering.

International investigations into the allegations have been opened in countries including the United States, Singapore, Hong Kong, Switzerland and Abu Dhabi. All accusations of irregularities have been refuted by Najib.

What is the 1MDB scandal?

Apparently, a significant part of the funds raised was misappropriated. According to the US Department of Justice, approximately $2.7 billion of the $6.5 billion Goldman helped raise for 1MDB was stolen and used for bribes, a luxury yacht, works of art and even the financing of Martin Scorsese’s film “The Wolf of Wall Street”. by individuals associated with Najib.

A small group of Malaysians, led by businessman Low Taek Jho (also known as Jho Low), allegedly diverted funds from 1MDB to personal accounts disguised as legal companies and then refunded some of those amounts to officials.

Xavier Justo, a former Petro Saudi employee, became the unexpected whistleblower in the 1MDB case, when he forwarded around 2,27,000 corporate emails to Malaysian site The Edge and investigative journalist Clare Rewcastle Brown at the start of 2015.

The Edge reported in February 2015 that 1MDB was over RM30 billion (over $10 billion) in debt, which was unprecedented for a state fund with only five years under its belt. In response to the allegations, Malaysia established a special task force made up of representatives from the attorney general’s office, the central bank, the police and the anti-subsidy agency. The revelations of the Wall Street Journal followed, which led to the opening of an international investigation into the scandal.

Apparently, there were concerns over a $681 million payment that ended up in Najib’s personal bank account (he said most of the money had been returned). Najib was cleared of all charges by the then Attorney General in Malaysia in 2016. Najib was charged with bribery, breach of trust and money laundering after he was ousted from power.

Prior to the first trial, a former 1MDB unit had deposited $10 million into its own accounts. Najib was convicted on each of seven counts in 2020 and sentenced to 12 years; in December 2021, an appeals court upheld the decision, and the nation’s highest court ruled in August 2022 that Najib must serve his prison sentence. He still has a number of ongoing lawsuits regarding 1MDB. Additionally, a fugitive, Jho Low said he did nothing wrong.

After months of public unrest caused by the scam, 92-year-old Mahathir Mohamad defeated Najib in a historic triumph in the Malaysian general election in May 2018. He has reopened the investigation into the 1MDB fund. A few days later, Malaysian police raided the former prime minister’s home and seized jewelry and other expensive items worth millions of dollars.

In July 2018, as part of an investigation into the disappearance of funds from state fund 1MDB, Najib was charged with numerous charges of criminal breach of trust and one count of using his position for personal gain. He was also taken into custody. He was then tried in 2019 and pleaded not guilty to each allegation.

The former prime minister fraudulently received $9.4 million from SRC International, a former division of 1MDB, and in 2020 was found guilty of abuse of office, criminal breach of trust and money laundering. A high court sentenced him to a maximum prison term of 12 years. Investigators said Najib’s cronies stole and transferred at least $4.5 billion from the fund.

In the meantime, Goldman Sachs agreed to pay nearly $3 billion to conclude an investigation into its involvement in the fraud in October 2020. According to the BBC, the banking firm also admitted in a US court that it had spent over a billion dollars. in bribes to raise funds for the 1MDB fund.

The Malaysian Court of Appeal began hearing Najib’s application to have his conviction overturned on corruption allegations in April 2021. The Court of Appeal upheld his conviction on December 8, 2021. The Federal Court of Malaysia, the the nation’s highest court, issued the most recent decision in the case. The decision was made by a panel of five Federal Court judges, chaired by Chief Justice Tengku Maimun Tuan Mat.

Can Najib still apply for bail?

Najib can still request a review of the Supreme Court’s decision, which will be assessed by a new panel of judges. However, a lawyer told Free Malaysia Today that successful applications for review of convictions and penalties are extremely rare.

In addition, he has the option of applying for a royal pardon, which is described in Article 42 of the country’s Federal Constitution (1).

The King of Malaysia is constitutionally authorized to pardon all crimes committed in Kuala Lumpur and Labuan. However, royal pardons are only granted in criminal cases and, according to Reuters, Najib also has bankruptcy issues on his record.

For more news and current affairs from around the world, please visit Indetime News.

Fun, Free, and Just a Step Away